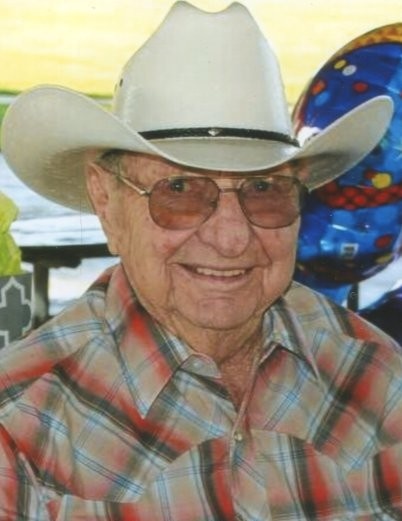 Floyd passed away at home on Saturday, January 11, 2020 at the age of 97, surrounded by his family. He was born on August 28, 1922 in Mountain Dale (Dry Fork Canyon) Utah to George Ova and Elizabeth Maude Orgill Massey. He married Geneva Helen Murray on May 20, 1949 in Vernal Utah. They were sealed in the Salt Lake Temple on April 30, 1966.

Floyd also served his county in the US Coast Guard from 1942-1946. During World War II he was stationed on the California Coast and Ft Bragg, NC. Floyd was a Rifle Marksman, held 3 different rankings and received a Good Conduct Medal.

Floyd loved spending time with his family, working his ranch and being outdoors. He will be missed so much but left a legacy that no one else will be able to compete with.

He is Survived by his Spouse of 70 years, Geneva Massey, 2 children Hal B. Massey and Linda (Brent) Stubbs, 6 Grandchildren, 15 Great-Grandchildren and 12 Great-Great Grandchildren. Sister and Brother-in-laws; Naon Hemstreet, Rhea and John Brimhall, Janet Fitts, Carol and Brad McClellan, Lorna and Danny Oaks, along with numerous nieces and nephews.

To order memorial trees or send flowers to the family in memory of Floyd LaBoone Massey, please visit our flower store.