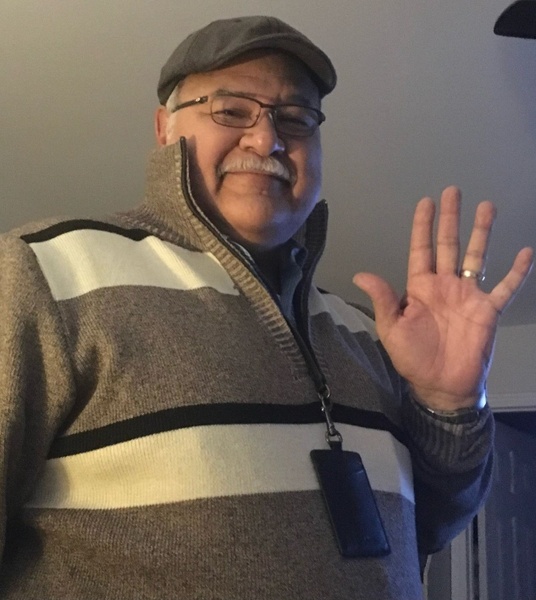 On December 19, 2021, after a battle with pulmonary fibrosis, our beloved husband, father, and “Papa” Eros Roy Arocho passed away at the age of 65. Known as Roy to his friends and colleagues, Eros Roy Arocho was born in Panama City, Panama on February 24, 1956; the youngest of 4 children to Benjamin and Dalila Arocho. The child of an army family, Roy would find himself living in a variety of places before the family would settle in San Sebastian, Puerto Rico. There he would attend Manuel Mendez Liciaga de San Sebastian and meet his highschool sweetheart and soul mate, Nydia Morales, where they graduated and he would later attend Recinto Universitario de Mayaguez.

Roy and Nydia would join in holy matrimony on July 3, 1976. The summer of 1978 they would relocate to Vernal, Utah where they would raise 3 kids. Eros Roy worked for Halliburton for 40 years, where he started and worked his way up to Field Stimulating Supervisor and Facility Maintenance Manager. In 2017 he would transition to Energy Services Instructor for Uintah Basin Technical College. Roy enjoyed this position until he retired due to the pandemic and complications brought on by his pulmonary fibrosis. Roy held a variety of interests, including leather work, cycling, martial arts, camping, fishing and restoring a Volkswagen Beetle. However, his true passion was playing the guitar, in which he was self-taught.
Roy is survived by his wife Nydia, his children Eros Lewis Arocho, Jeanie (Aquina) Martinez, Erik Benjamin (Rachel) Arocho, his two grandchildren, Aquina Benjamin Jr, and Nydalia. He is also survived by his mother, Dalila, his brother Omar (Lucy) Arocho, and sister Ovis Igualaz and many nieces and nephews.

To order memorial trees or send flowers to the family in memory of Eros Roy Arocho, please visit our flower store.
Send a Sympathy Card