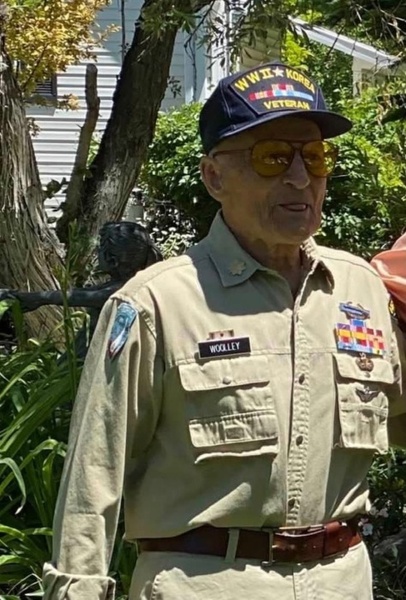 Major Earl Woolley died and passed into the next life on Father’s Day, June 20, 2021.

Earl served his country in the 187th infantry regiment 101st airborne. The Basin’s most decorated Veteran. Earl served in WWII and the Korean War where he received numerous awards including the highest award the army can give, the Distinguished Service Cross, Purple Heart, Silver  Star and many more. The army took a 17-year-old boy and molded him into a great man.

Earl was the best friend a person could ask for, a loving father and grandfather up to the end. He loved his family and his country.

Earl lived it until he died. He will be missed by us all.

Until we meet again, my friend.

To order memorial trees or send flowers to the family in memory of Earl K Woolley, please visit our flower store.