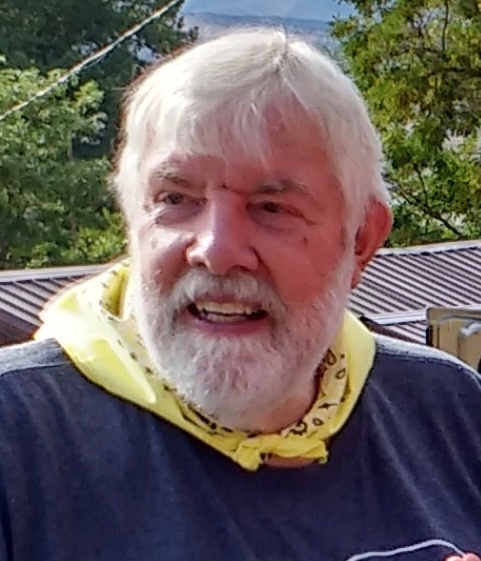 Manila, UT — Duane Widdison Draper, 72, died Tuesday, August 20, 2019, while en route home from Albania, where he and his wife, Teresa, had been support missionaries for The Church of Jesus Christ of Latter-day Saints.

Duane had a taste for adventure. In younger days, he enjoyed rock climbing, hiking, and exploring the wilderness. Early in their married life Duane and Teresa lived in the Virgin Islands, where he learned to sail. Duane enjoyed whittling, cooking, camping, and gazing up at the stars through a telescope he built himself. He loved listening to his children and grandchildren sing or play musical instruments. He enjoyed attending operas and other theatrical productions with his wife.

Duane had a playful nature. His grandchildren knew him as “Grandpa Roar” because his customary greeting was a loud growl. The mothers of those grandchildren would often find he had drawn mustaches on their children’s upper lips with indelible ink. He enjoyed funny stories and general goofiness. He had a ready smile and was quick to lift your spirits.

Duane was a kind and compassionate man. He loved people and lived a life of service. He was active in the National Guard for many years. He loved acting the role of Santa Claus for family and community events. Duane was an Eagle Scout and an active leader in the Boy Scouts of America for which he earned the Silver Beaver award. Duane was a faithful church member. In addition to his recent mission to Albania, he spent two years as a full-time missionary in the Netherlands while a youth. He also held a variety of responsibilities in his local congregations, most recently as bishop for the Manila Utah Ward.

Though loved by all, Duane eschewed notoriety and prominence. He wanted to avoid the limelight, preferring a life of quiet anonymity. His heroes were the unnamed stalwarts of history who served their families and their communities in quiet, unsung ways, seeking no fame or recognition. Yet, he is counted a friend, mentor, and confidant, for innumerable people whose lives he influenced for good. He is already missed immensely.

Duane was born in Ogden, Utah, the first of 10 children. He grew up in Farmington, Utah, where he met his wife, Teresa, after returning from his missionary service in Holland. Duane and Teresa married in December, 1969, in the Salt Lake (Utah) Temple.

Throughout his career as a physician assistant, Duane moved his family numerous times, often to far-flung rural communities, including Chignik Bay, a tiny Alaskan village only accessible by boat or plane. The family lived in multiple cities in Arizona, Utah, Minnesota, Idaho and Alaska. Eventually, Duane and Teresa settled in Manila, Utah, where Duane provided medical care in the local clinic for 10 years before retiring in 2018.

He was preceded in death by his parents, Rulon and Donna (Widdison) Draper, and a brother, David Draper.

Funeral Services will be conducted on Tuesday, August 27, 2019; at 12:00 PM / Noon in the Manila LDS Chapel. Friends and family may call at the Chapel from 9:30-11:45 prior to the services. Burial will be in the Manila City Cemetery.

To order memorial trees or send flowers to the family in memory of Duane Widdison Draper, please visit our flower store.