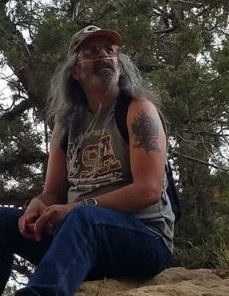 Douglas was born April 14, 1959  in Vernal, Utah to Ira Douglas and Beth Smith Bryant. He graduated from Uintah High School in 1977 and attended collage at Utah State University.

Douglas grew up in Vernal, Utah and Served in the U.S Air Force at Mounstrim Base in Great falls, Montana. Doug met the love of his life Tina while in Montana, they married September 9, 1978.   Douglas and Tina moved back to Vernal, where he worked  at American Gilsonite for 15 years, he went on to  mechanic for several years later in life. While in Vernal they had 3 Children Amy, Matthew, and Casey.

Douglas Coached Tiger League wrestling  for several years and, numerous other boys football leagues and also served at the Vernal Jr. High School as a hall monitor for several years.  He enjoyed taking his family to sporting events, going hunting, fishing, boating, camping, riding ATVs and watching football together on TV.  Douglas would help anyone and everyone he could, he would have given  you the shirt off of his back if need be.

To order memorial trees or send flowers to the family in memory of Douglas Bryant, please visit our flower store.