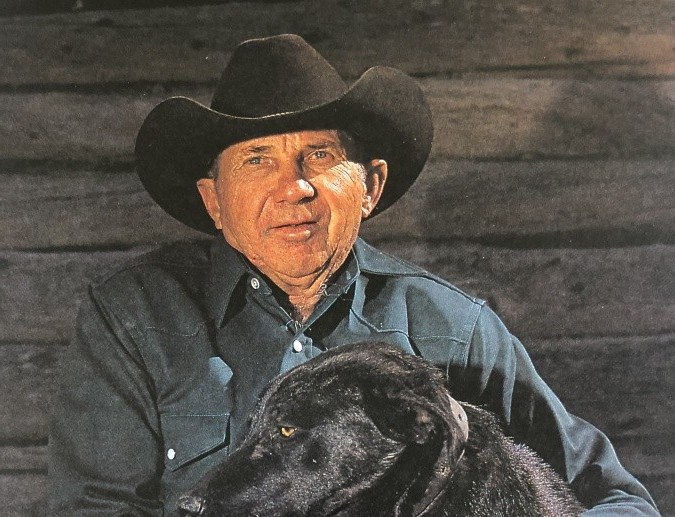 "UNCLE DON"
A call was made, and ministering angels were assigned to assist " Uncle Don" in returning home to his Heavenly Father and his Savior Jesus Christ. Waiting with much anticipation and delight were his parents, Van and Maybell. His siblings Lewis LeRoy, William Sewell, Mable LaVera, Sarah Pearl, John D, Odis, LaPreal, Lois Verness, Joseph Zelph, Edwin, Wanda, Norman Van, and Mona Rae to welcome their baby brother back home.  A family with loving parents and fourteen children, now complete and together on the other side of the veil.  A REUNION that we can only imagine.  Our hearts rejoice for this giant of a man who is gone from us for a time.
Donaly Massey was born September 11, 1933 in Vernal, Uintah County, Utah to Lewis Fry Donnelly and Maybell Young Glanville Thacker. He died July 27, 2020 at his home in Vernal, Utah, attended by his loving niece from natural causes.
Uncle Don would grow up quietly utilizing the power of healing and displaying intelligence far beyond the ordinary with a gift similar to his fathers'. The Ute Indians had a deep respect for his healing abilities  and would often search him out.
Uncle Don worked and lived in what is called the Bookcliff Mountains by the people that live there.  He was the "cowboy" that everyone knew. The Tomlinson's, Squire's, Cunningham's, Hatch's, Brewer's, Broome's, Hill's, Wyatt, Mike Lopez and many more.  As Bill Cunningham once told his niece, " your uncle Don is the best cowboy I know."  There was much healing going on in that same nieces heart on the lower Willow Creek with the uncle she calls "the healer."  She came to learn he knew the names of each of his nephews and nieces that he had. Having 13 siblings that was a feat in itself. He loved every single one of them.
There was no place he loved more than the Sweetwater ranch.  His  knowledge of the mountains and the cowboy life was amazing. Many of his family have received a special gift of wisdom and healing from Uncle Don.
One of the things he was notorious for was chasing wild horses out in the Bookcliffs. That was great stuff.
He was intuitive.  He also had a unique way of communicating.  Those around him a lot could read his mind.  Yes, read his mind. Some of his most heartfelt and soul searching wants were communicated that way, often as of late with tears running down his little cheeks.  One of the hardest things Uncle Don had to endure was seeing each of his siblings pass.  He helped care for Norman. Day after day he was like the sun rising. Always there, always ready, always willing. No complaint on his part. He did what needed to be done.  And when Norman passed apart of him went with him. He grieved.
That's when a nephew stepped in and helped "heal" him.
When Uncle Don left the Bookcliffs and came to live in Vernal he had a house right across the street from Norman and Helen. He loved his little house.  He took care of it and he kept busy creating all kinds of stuff from pieces of wood, etc. that he could come up with. He always had a piece of leather making knife scabbards to put on your belt.  The pieces of leather came from the saddle shop in Maeser.
Uncle Don had issues of his own.  His little back, on x-rays, looked like the switch backs. His shoulder had been ripped out of the socket at one time and healed upon top of his shoulder.  Also he had no eardrum in his left ear.  That was discovered during a routine exam with a specialist.  He was in much pain- he just endured. He just cowboy (ed) up. He was  "cowboy tuff".
Uncle Don was a member of The Church of Jesus Christ of Latter-Day Saints. It was his desire to go to church.  He loved the fellowship he found in church. The bishop and counselors, the  brothers and sisters of the Maeser 7th ward were so good to him and they fell under that special circle of love that he had for people.
There are no words to describe the hole this  pure,awesome, beautiful, caring, loving, "Uncle" has left in our hearts.
He is survived by one sister-in-law Helen Massey, Norman's wife. A faithful cow dog he called Shadow that now resides in Arcadia with his niece.  Also survived by his nephews and sweet nieces, one he called Blondie, and anyone who carries the Massey name or hails from one, or is married to one.
Massey men where ax wielding, fence building mega machines, so ends an era.  BUT Uncle Don was our COWBOY!!


Luncheon to follow at the Maeser Stake Center. Services are entrusted to the care of Blackburn & Sons Vernal Mortuary.

Funeral services will be conducted Saturday 10:30 am at the Rock Point LDS Chapel 2575 North 1500 West

Viewing will be at the Church 9-10:15 prior Burial will be in the Vernal Memorial Park

To order memorial trees or send flowers to the family in memory of Donaly Massey, please visit our flower store.
Send a Sympathy Card