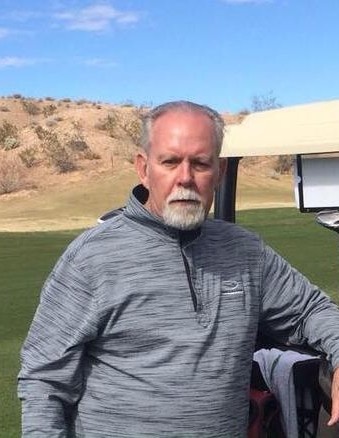 It’s not until a light goes out that you really understand how bright it really was. With the passing of Don Swink it is amazing to see how many people he has been that light for. Whether you knew him personally or just in passing I believe it is safe to say he made an impression. Charismatic, truthful, fun, loving, strong, generous, and big hearted are just a few words that can describe the type of man he was.

Don was never afraid to do things the way he wanted and perhaps that is what made him shine as bright as he did. It has been amazing to see the outpouring of love these last few weeks. To say he touched generations is no boast and we can only say thank you to all. Thank you for the memories, the pictures, food, and support.

Don was born October 8, 1947 to Mary and William Swink. He lived in Arizona with them and his sister Dixie until he joined the military during Vietnam. I once heard that he was given the choice to join the military or go to prison. It’s seems he had gotten in trouble with the authorities (who knew he was capable of trouble?) and the State of Arizona kindly gave him that ultimatum, since his father was a judge at the time. So, he joined the army, became a military policeman and traveled around Europe.

After his discharge he came back to the states and from there a whirlwind occurred. Somehow he ended up in the oil and gas industry and the rest as people say, is history. He worked his way up from a dirty field hand to a salesman, and I believe it’s safe to say, that there has never been a salesman quite like him.

During all of this he married a spitfire gal named Denise and together they had two wonderful boys Hank and Mike. Don was extremely proud of both of his boys and if you ever got him talking about them he would let you know! I hope they both know that their Dad loved them to the moon and back, and had they asked he would have given them the world.

Don is survived by his two children: Hank (Meghan), and Mike. As well as two grandchildren: Sydney and Sierra. Not to mention the legacy of close friends whom he considered family. He is preceded by his sister, mother, and father.

It is hard to sum up any mans life in just a few paragraphs. Even more challenging when the man was as “big” as Don. It would be easy to go on and on about his family which to Don went further than blood, his career, his golf tournament in Mesquite, his bikes, and just all the fun times he has created and shared. However, I believe it would take volumes to do so. Don loved life right up until the end and there is no denying that! I don’t believe Don would want us to think back on him and be saddened by his passing for very long. He would want us to keep on shining for him and live life to the fullest!

In In lieu of flowers please make donation to the American Cancer Society.

To order memorial trees or send flowers to the family in memory of Donald Gale Swink, please visit our flower store.