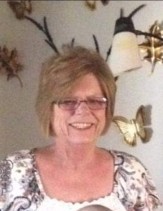 Diane Lynn Davis age 65 of Vernal, Utah Passed away peacefully in her home with her family by her side.

Diane married Kevin Davis on January 27, 1985 in Elko, Nevada. They had 4 children between the two of them Angela Davis, Andi Turner, Joshua Davis, and Jake Davis.

She held Various jobs throughout the years, her favorite was being a truck driver. Mom loved being able to see our beautiful county, and stopping to see family and friends along the way. She enjoyed being outdoors working in her yard, camping, fishing, and gambling in Wendover. She had a special love for her animals.

She is preceded in death by her parents; stepson Jake Davis; father/mother in law DeWain and Eleanore Davis.

Memorial Service for Diane Lynn Davis was held Wednesday, May 22, 2019 at the Blackburn and Sons Vernal Mortuary and Cremation Care.

To order memorial trees or send flowers to the family in memory of Diane Lynn Davis, please visit our flower store.
Send a Sympathy Card