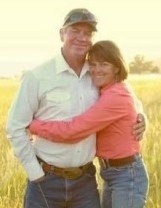 Dennis Josh Reynolds of Vernal passed away on October 7, 2021 on his little piece of heaven simply known as the farm.

Josh was a cowboy through and through. He loved being on a horse. Whether it was simply ride or a cattle drive. Josh was happiest on a horse. As a young man Josh traveled across the western states team roping winning many saddles buckles and prize money along the way. He continued his passion for team roping throughout his life and pass that passion to his three sons

Josh also had a great love of wrestling. After a successful career of his own included the state title he served as an assistant coach at Uintah High School for several years. Josh was a natural coach he loves kids of all ages sharing his love and knowledge of the sport

Josh coached on many State Championship teams as well as many state championships and placers. He loved every minute of helping kids become successful. He even earned the nickname “Energizer Bunny” from his wrestlers because of his endless energy on the mat. Among The hundreds of wrestlers he coached, he was most proud of watching his sons having success on the mat and in the arena.

Josh was always a phone call away didn’t matter if it was 2 AM in a blizzard, Josh was there no questions asked and ready to help.

Josh will be greatly missed by his family and friends the imprint he left on their lives will continue for generations.

Two takedown cowboy, may your horses be sound and your mats be soft.

A viewing will be held Tuesday from 5-8pm at the Mortuary.

To order memorial trees or send flowers to the family in memory of Dennis "Josh" Reynolds, please visit our flower store.