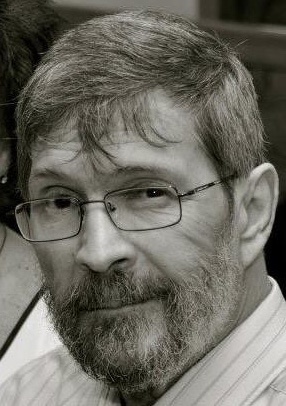 Dennis Orval Rowley, age 64 passed away at his home  in Vernal Utah, April 3, 2018 after battling a long illness.
He was born to Acel De Forest Rowley and Laura Venis Smuin, January 16, 1954. He graduated from Uintah High School class of “72”. He married Diane Culbertson in Vernal Utah on November 29, 1975. They were blessed with three children, Acel/ Ace, Julie and Brian. Dennis was a Grand Canyon River Guide,  he worked for Hatch River Expeditions Vernal he was  a U S Fish and Wildlife Government trapper in Wyoming and California and worked with Johnnie Boren at Boren Electric as a Apprentice. He loved his wife, children and grandchildren. Dennis (Parrot) loved to Read, Cook, Camping and visit and tell stories.  He liked to paint and take pictures. Through all the trials he never lost his sense of humor. He is survived by his wife Diane, his son Acel Dennis Rowley (Gwen)of Springwater New York, his daughter Julie Hacking (Jeff) of West Jordan Utah and son Brian Rowley (Kinnon) of Gatesville,Texas. Three grandsons Tate Hacking, Parker and Jackson Rowley.  Brother, Delyle Rowley (Mary) , Sister Carol Allen (Larry) and Dallas Rowley, Sister in law Jessie Rowley and many Nieces and Nephews.  He is Preceded in death by his Father, Mother and Brother Gary Rowley, and Sister-in- law Rosalie Rowley.  Our family would like to thank the staff of Canyon Home Care & Hospice. A special thank you to Kim, Shiela, Janice, Lance and Doctor Shurtliff for their support and compassionate care. There will be a viewing Friday 6-8pm at Blackburn Vernal Mortuary and again Saturday at 10:00-10:50 before the services at 11:00am.
Burial will be in the Dry Fork Memorial park under the care of Blackburn & Sons Vernal Mortuary.

To order memorial trees or send flowers to the family in memory of Dennis Rowley, please visit our flower store.