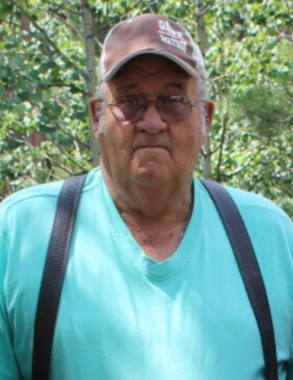 DeNile Smuin, passed away September 13, 2018 in Lakewood, Colorado, while on vacation with his family, after enduring many health problems.

DeNile was a veteran and served in the Utah National Guard.  He loved the outdoors and camping, but his greatest love was for his family.  DeNile was a member of the Church of Jesus Christ of Latter Day Saints. Except for a short tour of duty in the military he spent his entire life in Vernal, Utah.

Funeral services were conducted on Saturday, September 22, 2018 at 11:00 a.m. at the Rock Point Chapel (2575 North 1500 West). Viewings will be Friday evening from 6-8 PM at the Blackburn & Sons Mortuary and at the Chapel one hour prior to the services all at the Chapel. Burial will be in the Vernal Memorial Park with Military Honors provided by American Legion, Under the care and direction of the Blackburn and Sons Vernal Mortuary.

To order memorial trees or send flowers to the family in memory of DeNile Smuin, please visit our flower store.
Send a Sympathy Card