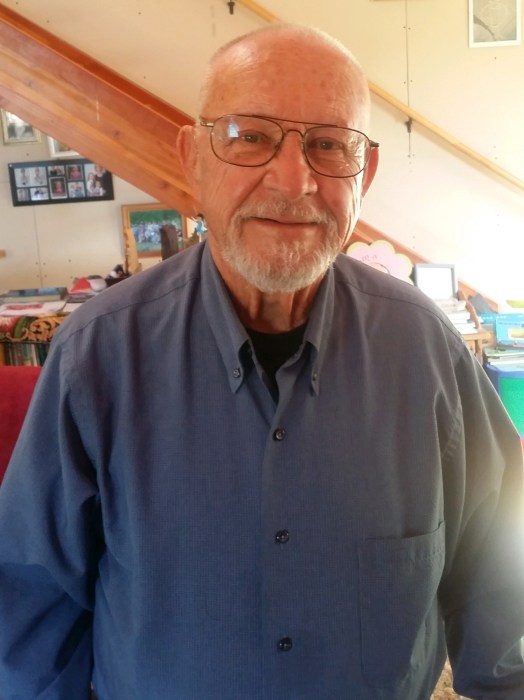 David Francis Keddy, passed away peacefully on November 11, 2019 at his home up Dry Fork Canyon, Vernal, UT, surrounded by family.  Dave was born March 21, 1933 in Denver, Colorado to Maryann  and Albert Francis Keddy.  In August of 1957, he was joined in holy matrimony to Rita McConkie.  They were blessed with twelve children. He was a member of the St James the Greater Catholic church, the same church in which they were married.

After High School, Dave was drafted into the Army during the Korean War serving for two years.  Then using the GI bill attended Utah State University earning a Forestry degree in 1959.  Dave worked for the Forest Service for 32 years.  He enjoyed outdoor activities (hiking, biking, hunting, swimming, sailing, fishing, and skiing).  Working for the Forest Service, he and his family lived in many places in New Mexico and Utah.  Dave was an excellent carpenter, building a Dome home for his retirement residence up beautiful Dry Fork Canyon, on the McConkie Ranch, where five of his twelve children also have homes.  Dave loved to be around his family, especially the little ones.

His Catholic life was the foundation of his beliefs.  With his words and actions, he demonstrated a spiritual life of faith to his children and grandchildren.

He was preceded in death by his parents, sister, Mary Bradbury, and brother Edward Keddy.

It has been a spiritual experience to watch Mom take care of Dad at home, and to see the family pitch in to help in the ways each of them could.  The family wishes to thank the loving nurse, Janice, and caregivers, Sheila and Natlely at Canyon Home Care & Hospice.  Your tender care and compassion during this difficult journey has truly been a gift. You are angels.

The Rosary will be said Friday November 15th at 6:00 pm at the Saint James Catholic Church in Vernal, followed by an Adoration through the night until the Funeral Mass on Saturday November 16th at 9:00 am. Interment at Dry Fork Cemetery. Services entrusted by Blackburn and Sons Vernal Mortuary

To order memorial trees or send flowers to the family in memory of David Francis Keddy, please visit our flower store.
Send a Sympathy Card