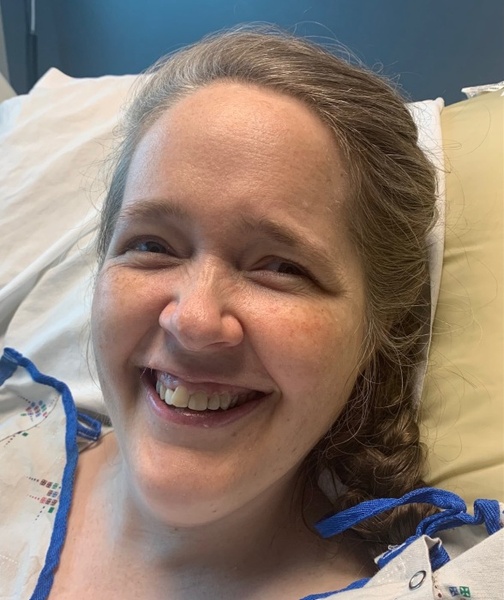 Danielle Collett Kinder Hull was born in Vernal, Utah on July 28, 1974 to Craig and Sandra Collett.  Danielle grew up in a large family in Flaming Gorge and was one of seven children.  She loved her involvement as a cheerleader at Manila High School and made long lasting friends during those wonderful times.  She met Tim Kinder when she was 20 while he was working in Flaming Gorge. They married and welcomed their first beloved daughter, Cortney Kinder in April of 1995. It wasn’t long after, in 1997, that they made their family complete when welcoming their second daughter Ashley Kinder.  After having her girls, Danielle knew her true calling in life was to be strong for her daughters.  That was her motto for life “I need to be strong for my girls”. It was only about 6 months after Ashley was born that her life was changed and she was diagnosed with Multiple Sclerosis. It was only a few years later that this disease took a toll on her body and she moved to a care center where she continued to live.  While in the care center she met her beloved husband, John Hull.  They were married on August 14, 2017 in the Vernal Care Center.  This marriage brought so much joy and company to both Danielle and John.  Danielle’s poor body had finally had enough and she was able to spend the last two weeks of her life at home surrounded by many family, friends, and much love.  Even though her disease controlled her body, she did not let it control her spirit.  Danielle was one of the sweetest, most positive people that has ever walked this earth.  We know that her Heavenly Father has welcomed her home with open arms.

Funeral services for Danielle Collett Kinder Hull, age, 46, of Dutch John will be conducted Monday, October 5, 2020 at 11 AM in the Dutch John Chapel of the Church of Jesus Christ of Latter Day Saints

A Viewing will be held Sunday evening 6-8 PM at the Blackburn Vernal Mortuary and Monday at the church  from 9:45 AM -10:45 prior to the services. Burial will be in the Dutch John Cemetery. Services are entrusted to the care of Blackburn & Sons Vernal Mortuary.

To order memorial trees or send flowers to the family in memory of Danielle Collett, please visit our flower store.
Send a Sympathy Card