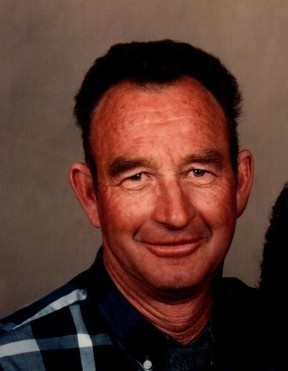 Harold Dalvis Kendall (Dal) passed away peacefully at home surrounded by loved ones on Aug. 09, 2021.  He was born on October 8, 1936 to Harold Ralph and Mary Mirl Karren Kendall.  As a youth his father worked in the Gilsonite Mines and the family lived in the Bonanza Camp.  He attended grades 1-8 in the 2-room elementary school, where he would bring in horned toads or lizards to torment the girls in class.  Dal was very good at memorizing so he usually got the main part in the school plays.  He moved to Vernal Utah as a teenager to live with his grandparents Hugh and Mary Karren and attended Uintah High School and graduated in 1955.  He dearly loved the time he spent with his grandparents and he was a help to them with the dairy cows and farming chores.  Dal had a great love for all animals.  While living with his grandparents he kept a wide variety of animals and cared for them.  He surprised his grandma with snakes under the bed and with baby skunks warming in the oven.    After high school Dal went to work in the gilsonite mines.  On December 27, 1957 after a lengthy engagement of 3 days he married Marlene Gurr.  This marriage was later solemnized in the Salt Lake Temple on August 13, 1963.  Together they have four children – Pam, Daleen, Ellen & Greg.  In 1961 Dal went to work for Moon Lake Electric as a lineman.  It was Moon Lake that brought the family from Vernal to Rangely in 1970.  Another job Dal did in the 70’s was as a partner in the Frontier Electric Company.  He finished his work career back at Moon Lake Electric.  After retiring Dal and Marlene were able to serve a mission to Martin’s Cove Wyoming for the Church of Jesus Christ of Latter-day Saints.  While serving there Dal helped rebuild the fort that had been there in the 1800’s.  They made many good friends while serving.  Other service they did for the church included the addiction recovery program, the cannery and serving as temple workers in the Vernal Utah temple.  Other church assignments included executive secretary and ward clerk for many years.  Dal’s hobbies included gardening, woodworking, Dutch oven cooking, camping, hunting, fishing, and going for rides to look for wildlife, such as deer, elk, fox, and bear.  For many years he had hunting dogs for birds or raccoons.  He loved his family and spending time with them.  He is preceded in death by his parents, a sister-Lula Kendall, a granddaughter Leslie Hazelbush and a great grandson Jordan Dee Cochrane. Dal is survived by his wife Marlene, daughter Pam (Mark) Berrett, daughter Daleen (Bob) Hazelbush, daughter Mari Ellen (Bret) Byers and son Greg (Susan) Kendall.  Sister Betty (Ervin) Smuin and Brother Darris (Sherry) Kendall.  12 Grandchildren and numerous great grandchildren.  A graveside service will be held for immediate family only.

The family has asked that anyone who would like to stop by the Mortuary to sign the Register Book for Dalvis may do so.

To order memorial trees or send flowers to the family in memory of Dalvis "Dal" Kendall, please visit our flower store.