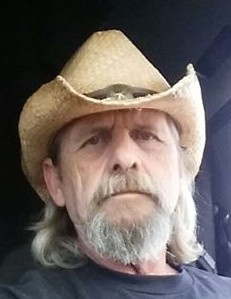 Curtis Page Dingman, age 57, passed away at U of U Hospital in Salt Lake City on June 12, 2018. He was born October 20, 1960, in Prove, Utah. He married Susan (Sue) Dingman on September 19, 1987. Curt loved his children and grandchildren dearly as well as his siblings, nieces and nephews. He believed that blood did not define family. He had "Family" all over of whom he would want to know he loved them as well. Curt loved to ride his Harley in any free time he had and was able to take a dream ride to Sturgis. He would want a special call out to his niece Jamie for all that she has helped him with over the years, he loved you so much. He is survived by his daughters, Tiffany (Robert) Studivan of AZ; Nova (Todd Brady) Mcintyre of Oregan, Patricia Ljungvall (Robert) of Utah and son Bryan Dingman of Colorado; sister, Vicki (Shan) Stringfellow, Susan Garfield, Sheila (LeRoy) Carmickle of Utah, Christine Dingman of Idaho and Lynn (Jerry) Pettit of Indiana; brother Larry (Cindy) Dingman of Colorado, his grandchildren Kayla Kalea, Jadeyn Kymyawna, Lea, John and many nieces and nephews. He is preceded in death by his wife Susan (Sue)Dingman, his parents, Larry and Stella Dingman, sons Bryce Dingman and Cletess Dingman, grandson Enzo Dingman, niece Eda Lee, his grandparents an many nieces and uncles.

To order memorial trees or send flowers to the family in memory of Curtis Dingman, please visit our flower store.