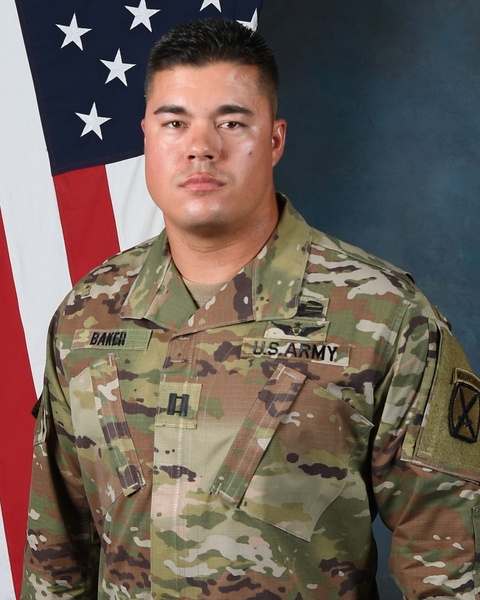 Curtis Jackson Baker was born on December 23, 1986, to Chris and Diane Baker. He had a passion for hunting, fishing, boating and all things outdoors.  He married his high school sweetheart Sara in June of 2007 and together they had two beautiful daughters Ashlyn and Brooklyn.

Curtis enlisted in the United States Army in 2005 as an AH-64D Apache Helicopter Crew Chief (15R).  He completed Basic Training at Fort Jackson, South Carolina and Advanced Individual Training at Fort Eustis, Virginia.  Captain Baker commissioned through the Army Green-to-Gold Program in 2015 from the University of Colorado at Colorado Springs.

To order memorial trees or send flowers to the family in memory of CPT Curtis Jackson Baker, please visit our flower store.