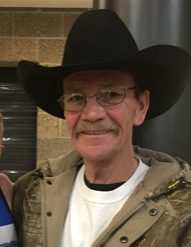 out on his own working in Heber, Moab and Vernal.

the Bookcliffs.  He hunted in many of the Western states and into Canada bringing home many trophies.

Preceded in death by his mother, sister Bridgette, grandparent’s Ab and Della Murray and Joe and Jerry Mangrum.

To order memorial trees or send flowers to the family in memory of Corey Wade Murray, please visit our flower store.
Send a Sympathy Card