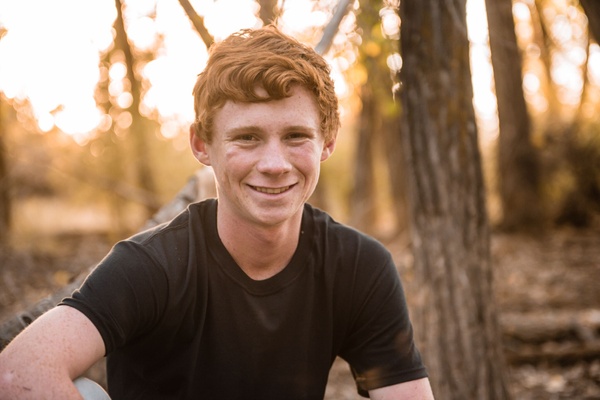 Conner Scott Wall was born on December 5, 2001 to Lucky and VeraLyn Murray Wall. He is the second of four children. He has an older brother, Shon Wayne Wall, a younger brother, Chasen Danger Wall and a little sister, RyLee Lyn Wall. He had a passion for living life. An athletic and outgoing personality, which made him easy to love. He was artistic and very creative. Life was always an adventure when you were with him. He could make anything fun. Having him for a brother, friend, grandson, or son was an absolute joy and a privilege. He is a member of the Church of Jesus Christ of Latter-Day Saints, and served as the President of his Quorum and strived to be an example to those that he was around. He made his family proud, and stood up for that which was right. He loved backrubs (especially from his little sister, who could be easily persuaded into them), playing cards with his brother, climbing anything and everything, and was always doing flips off of something. He had finally grown taller than his mom and gotten strong enough that he could easily take her when roughhousing, unless she cheated. He was a month and a day away form his 16th Birthday at his passing. Him and his Dad had started fixing up a little race truck that he was excited to drive and was learning to mechanic on. Recently he was in the Uintah High School performance of "The Music Man." He really bloomed and grew there. In it he found a way to put so many of his likes, joys and attributes to use. Making people smile while getting to show off and spend time with his friends was right up his alley. His continuous and contagious happy attitude and ways of going about life will be greatly missed. He leaves a hole and an empty spot in many hearts, but also many wonderful and fond memories that will last forever. Funeral services will be conducted Saturday, November 11, 2017at 11:00 am at the Uintah Stake Center (4080 South 2500 East). Friends and family may call at the Blackburn Vernal Mortuary Friday evening from 6-8 and at the Chapel from 9:30-10:45 prior to the services. Burial will be in the Jensen Cemetery. Services entrusted to the care of Blackburn and Sons Vernal Mortuary.

To order memorial trees or send flowers to the family in memory of Conner Scott Wall, please visit our flower store.