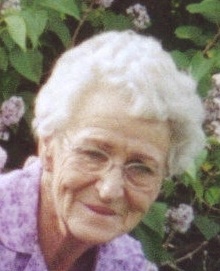 Colleen Killian Anderson went to join her beloved husband Morris E. Anderson on March 20, 2022 at the age of 91.  Colleen was born to Frank and Olive (Bullock) Killian on January 16, 1931 in Salem, Utah.  Colleen grew up in Lonetree and McKinnon, Wyoming.  In 1948 she married her life-long love and partner, Morris Anderson.  They had two daughters, Moreen (Henderson) and Brenda (Cadwallader).  They lived in Green River and McKinnon, Wyoming; then Hiawatha, Colorado and Wellington, Utah; Craig, Powder Wash and Rangely, Colorado before moving to their place in La Point, Utah where they lived for nearly 40 years.  Colleen dearly loved all of the farm animals from horses to chickens, loved to feed the birds, and grew a beautiful garden.  She will also be remembered for her sewing and was a wonderful cook.

Colleen is preceded in death by her mother and father, little brother Tommy, sisters, Peggy Snarr and Barbara Potter; and husband, Morris.

Services will be held on Monday, March 28, 2022 at 11:00 a.m. in the Grace Event Center, 1024 US 40, Roosevelt, UT.  A memorial lunch will also be served at the Grace Events Center after dedication of the grave at the Tridell Cemetery immediately following the service. Services are under the Direction of the Blackburn Vernal Mortuary.

To order memorial trees or send flowers to the family in memory of Colleen Anderson, please visit our flower store.