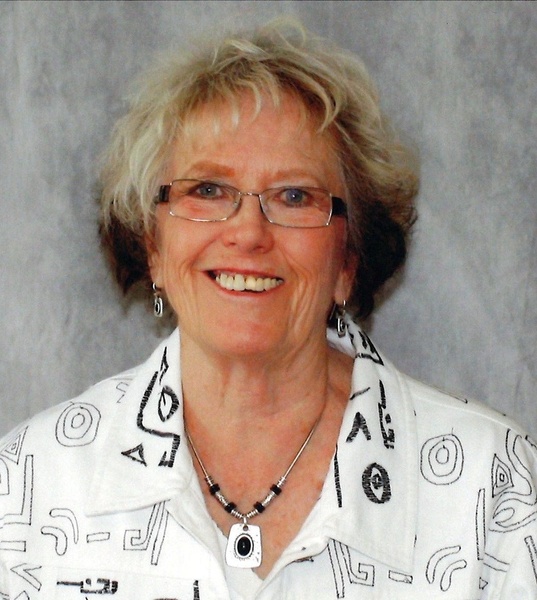 Colleen Peterson was born September 29, 1933 in Payson, UT to Arnold Leonard Peterson and Regina Robertson Peterson. She died December 2, 2021 at the Uintah Care Center in Vernal, at the
age of 88.
She graduated from High School in Richfield, then moved to SLC where she worked for Hotel Utah until marrying Philip Allan
“Bun” Martin in 1960 and moving to Vernal. They had one daughter. They divorced in 1985.
Colleen married E. Lee Thompson in 1999. She is survived by Lee, her daughter Kim (Robert Barton) of Vernal, her grandchildren
Jay Houtz (Heather), Toni Houtz, great-grandson Calvin (all of Wenatchee, WA), her sister Elaine Daly (Joe) of Loveland, Colorado,
her brother David Peterson, and Cinder, her 20-year-old Cockatiel. Colleen enjoyed life to the fullest, with her outgoing personality, and adventurous spirit.
She never did anything halfway…for example, she didn’t just serve as president of the PTA; she
disbanded it and reorganized it into the PTO. She was involved in too many things to list them all here.
She met lots of interesting people working at Hotel Utah in SLC in her 20’s. After she married and moved to Vernal, she was always active in the community, including the Current Topics Club,
being a realtor, and being a travel agent.
When she was a travel agent, she could fly all over the world very cheaply on stand-by.
She packed her bags, went to the airport, and got on whatever flight had an open seat, so she never knew where she was going until then.
She and Lee were also able to travel a lot together.
She and some friends started an antique & Collectible’s store called Sis’s Attic, and they also did costume rentals, which led to some interesting times such as walking down Main Street dressed as a gorilla. After that, she worked for years at The Oak House until her retirement.
Colleen opened her heart to Jesus as her Savior in 2004, and attended Ashley Valley Calvary Chapel until her health declined.
She spent the last 2 1/2 years as a resident of the Uintah Care Center in the Alzheimer’s/Dementia unit. She had no short-term memory, but she knew us and remembered lots of other things and
people from her life, so we were able to have sweet quality time with her up until our last conversation 3 days before her passing. She had a stroke Nov. 17th that made her unable to swallow, and she didn’t want tubes and IVs to prolong life here. Her body was worn out, and she was ready to be with her Lord.

Colleen always said she didn’t want a funeral, so there won’t be a service. Many thanks to all the people who loved her and made her life richer.

To order memorial trees or send flowers to the family in memory of Colleen Thompson, please visit our flower store.