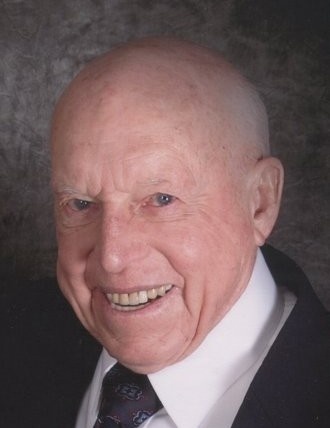 Clive Tanner Jackson was born at home on the family ranch in Randolph Utah on March 20 1923 to Orin and Orielle Jackson. He grew up there until the age of 9 when the ranch was lost due to the great depression. At that time the family moved to the Ogden area and lived with various family members. When he was 12 his parents suddenly divorced and his dad left. He continued in school in Utah until he and his mother moved to southern California in 1939 and there he graduated high school in June 1941. He then found work and attended Long Beach Junior college. With WW II in full force and facing the draft he enrolled in the Navy which had a V-12 program which sent him to the California Institute of Technology in Pasadena to continue his studies. He graduated Cal Tech in June 1945 with a Civil Engineering degree. He was then ordered to Midshipman School in Rhode Island where he received his commission to Ensign, he then was shipped out overseas to Okinawa where he helped to rebuild the country until his honorable discharge in 1946. He then worked and traveled until he met the love of his life, Iris Peterson, in Dove Creek Co in August 1949. They were subsequently married in Grand Junction Colorado Dec 31 1949. They stayed in the area and in Aug 1951 had their first child Ponda. Clive then took a job which sent the young couple overseas to French Morocco. They returned to Colorado just in time for the birth of their 2nd daughter Rosetta in Oct 1952. Clive then worked in New Mexico and California until 1955 when he and Iris decided to take the 2 young girls and go overseas again so he accepted a job in Spain. While in Spain they had their first son JayCee. They enjoyed the 2 years in Spain and returned to the U.S. in May of 1957. The next job took them back to Colorado and in 1960 their last child, Kevin was born making the family of 2 girls and 2 boys. Clive’s construction career then took the family to Murray Utah, Farmington Utah, Columbia Missouri, Dallas Texas and then back to Monte Vista Co. In 1974 they made the decision to leave the construction industry and try something a little more settled. The couple moved to Paonia Colorado to farm and opened up a health food store.  The store was sold some years later and Clive went into the home heating business in 1988 with family members. The store served the Aspen Colorado area until closed in 1998. Clive continued to farm in the Paonia area and travel to visit his children and many other extensive family members. In 2004 Iris was reading on a Church website and saw missionary opportunities for civil engineers and surveyors. Clive said “I can do that” (he said that on about everything) and in 2004 they moved to Salt Lake City and Clive began his church mission at the age of 81 and served for 2 years in the Property Management Office in downtown SLC. They continued to live in SLC for quite a few more years working on his love of family history and traveling to see his many descendants from coast to coast. In 2011 Clive and Iris left the city for a quieter life and went to live with their daughter Rose and son in law Bob in Vernal Utah. There Clive worked full time to continue his family history research and completed the writing of his own life story. Clive was always one to stay fit, exercise and loved hiking and even on his 95th birthday went for his mile walk with his sons. He passed on to return to his Heavenly Fathers Kingdom on Oct 2, 2018 at 95 ½ years of age.

Clive was always busy with family, work of various kinds and did extensive family history being the president of the Hansen family group for 22 years. He had great pride in his posterity and loved to travel and visit with them. He was always an active member of the Church of Jesus Christ of LDS and held many callings and dedicated himself to doing the Lord’s work over his whole life span. Through his family history work he was responsible for having many historical monuments erected and bought numerous headstones for those he found that had none.   He was a great patriarch of his family and even though much of his youth was without a father figure he was an exceptional father and grandfather.

He leaves us a legacy of integrity, honesty, service, work and caring. He would help anyone, anytime and was admired by those he helped and also the many that saw his service. He held his Christian values near and dear to his heart and lived by them every day. His motto and code for life was “Stand up and do something more”. And he did exactly that. He loved God, his country and most of all his family. He will be missed by many until we meet again.

Funeral Service will be Saturday, October 6, 2018 at 11:00 AM at the Vernal 4th Ward Chapel (235 East 600 South). The viewing will be at the Chapel from 9:30-10:45 prior to the services. Burial will be in the Vernal Memorial Park with Military Honors provided by American Legion.

To order memorial trees or send flowers to the family in memory of Clive Tanner Jackson, please visit our flower store.