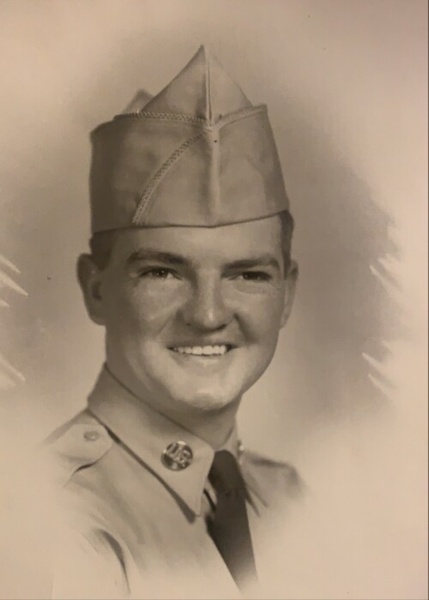 Clifton Leroy Richens, age 89, of Vernal, passed away on August 9th, 2020 at Ashley Regional Medical Center. He was born on October 13th, 1930 in Vernal Utah to Vern Richens and Melvina Thompson. He was a graduate from Uintah High School. Clifton became a Private when he joined the Armed Forces of the United States. He served in the Korean war, receiving a Korean Service Medal with 2BSS, United Nations Service Medal, a combat infantry badge and was honorably discharged to the United States Army Reserves.
He was an active member of the Church of Jesus Christ Latter-day Saints. He enjoyed researching genealogy and assisting LDS members in researching theirs. Clifton was ordained a high priest giving many blessings, he served as a home teacher, He also taught Primary. He contributed to Father Flanagan's Boys Home.
He married his sweetheart, Joyce Fay Green 0n 12/20/1957 and they were later sealed in the LDS temple in June 2000. They raised their four children in Ogden and Vernal Utah.
Clifton was very passionate and creative, he worked as a carpenter, building several homes, including two of his own, He and his son Clinton, also owned their own business, Richens Logging for 12 years. He had a green thumb and participated in "Meeting the Challenge" through the 8th District Juvenile Court. He enjoyed hunting, fishing, playing horseshoes, dancing, singing, gardening, sports, but most of all, spending time with his family.
He is survived by his children, Laurie (Dave) Horrocks; Norma Richens; Clinton (Debbie) Richens, Janet (Tony) Mele; 12 grandchildren; 26 great grandchildren, brother Merlin Richens; sister Carol Ebeling. He was preceded in his death by his wife, Joyce; sons, Rick and Ray Richens; granddaughter, Heather Richens; parents; brothers, Vern (Bud), Melvin, Harold, Vernon, Grant; and sisters, Hazel, Lila, Stelia, Violet, Nila, Mable, and Orbie (Barbara).
Viewing Thursday, August 13th, 2020 evening from 5:00 PM to 8:00 PM at Blackburn Vernal Mortuary. Graveside services Friday, August 14th, 2020 at 10:00 AM at the Maeser Fairview Cemetery. Services are under the direction of Blackburn Vernal Mortuary.

To order memorial trees or send flowers to the family in memory of Clifton Leroy Richens, please visit our flower store.