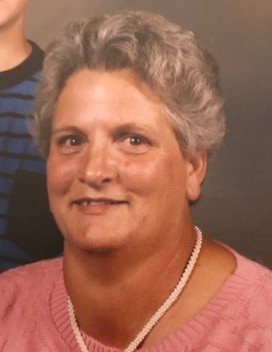 Kathryn Labrum Murray left her earthly home and went into the heavenly arms of numerous loved ones on Sunday, January 13, 2019.  She was born December 4, 1938, in Vernal, Utah, the first daughter and third child of Harden (Hud) and Gladys Rasmussen Labrum.

a young child her family moved around a lot, but she spent most of her growing up years on the west side of the county. She loved school, especially history and graduated from Union High School with the Class of ‘57.  While still in school, she worked at a

laundry and did waitressing. She could iron and press like no other. Through her older brother Val, she met her future husband. He was a Jensen farm boy, which brought her to the east side of the county for the rest of her life. Cleo married Doyle G Murray,

and Doyle raised their four children on the farm in Jensen. They knew the value of work and passed that onto their children.  Cleo spent much of her married life helping Doyle with everything involved with farm life. She was a homemaker and the best bread

maker ever.  There was nothing better than getting off the bus and coming into a house permeated with the smells of fresh baked bread.

learned handiwork from her mother, and was a crocheter and sewer, but her biggest love was quilting.  An activity that she always planned to do in her retirement. Years of hard work took its toll on her body and she was unable to complete the tasks she had

planned.  At some point she became a keeper of peacocks. Many enjoyed driving by her home just to gaze at the beautiful birds.

member of the Church of Jesus Christ of Latter Day Saints, she held various calliings within the church.  She had a strong faith in God and talked with him daily. This helped her carry on after the deaths of son, husband, mother and siblings.

truly enjoyed every minute she could spend with her children, grandchildren and great grandchildren whether working or having fun. She felt blessed to live in her little green valley surrounded by family.  Mom while you struggled with letting go, we know your

work on earth was through. We love you and will miss you

Funeral services will be conducted on Friday, January 18, 2019 at 11:00 AM at the Jensen Church of Jesus Christ of Latter-Day Saints. Viewings will be Thursday evening from 6-8 at the Blackburn & Sons Vernal Mortuary, and at the Chapel one hour prior to the services. Burial will be in the Jensen Cemetery. www.blackburnvernalmortuary.com

To order memorial trees or send flowers to the family in memory of Cleo Kathryn Murray, please visit our flower store.
Send a Sympathy Card