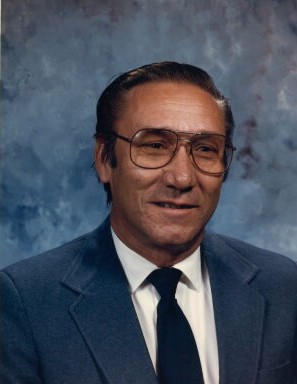 Clark H. Oviatt, age 88, died on August 25, 2021, in his Vernal, Utah, home.  He was a beloved husband, father, grandfather, teacher, and more. He served in many positions as a member of The Church of Jesus Christ of Latter-Day Saints.

Clark was born January 03, 1933, in Elmo, Utah to Della Leola Emmaline (Jensen) and Harvey Lynn Oviatt.  He grew up in Emery County and participated in 4-H where he raised and showed livestock, particularly steers. Some of his 4-H activities included being the Mayor of the State of Utah’s 4-H Congress, and winning Grand Champion Steer at the local county fair and Utah State fair. While in high school, Clark obtained a seasonal job working with the United States Forest Service working on the Manti-La Sal National Forest. He graduated from North Emery High School and attended Southern Utah University in Cedar City, Utah, and continued working with the US Forest Service in the Dixie National Forest.  After completing his studies at SUU, he transferred to Utah State University in Logan, Utah, where he majored in Agricultural Education.

While attending Utah State University, Clark met Ora Fay Wardle at a 4-H meeting on campus.  He courted Ora Fay by attending her many operas and musical performances and the couple were married on June 25th, 1958 in Salt Lake City, Utah.  During summer breaks from college in Logan, Clark continued working for the US Forest Service in the Dixie National Forest. After completing their undergraduate degrees from USU, the couple moved to Altamont, Utah, where he taught Agricultural science at Altamont High School. In 1960 the couple moved to Vernal, Utah, where he obtained a teaching position at Vernal Middle school teaching science. He also continued his career with the US Forest Service by transferring from the Dixie National Forest to the Ashley National Forest.  Clark and Ora Fay started their family in 1965 with the birth of their first child, daughter Ora Marjean Oviatt. They then had their son, Philip Clark Oviatt, in 1969; daughter, Mary Joelle (Oviatt) List, in 1970; and daughter, Merietta Oviatt, in 1976.

Mr. Oviatt, as most people remember him by, was a favorite science teacher for so many in Vernal. He taught multiple generations of students who remember his kind and gentle teaching style. He was awarded the national science teacher of the year in 1969 after his U.S.A.F. Gemini Spaceship capsule model project, where students imitated the environment that astronauts faced during the Gemini space missions.  During his tenure with the Uintah School District he initiated and developed the Uintah Basin Science Fair to national acclaim. He retired from the Uintah School District in 1999 after 39 years of service to the youth of the community. Although he retired from the school district, he continued his service for the US Forest Service for another nine years, retiring in 2008 after 53 years of service.  His long-term service with his beloved Forest Service was forever memorialized by the Forest Service organization with the dedication of, “Clark’s Park,” which is located on Taylor Mountain.

Clark was a proud dad and grandpa. He loved to sneak caramels and cookies to his young grandchildren and was always ready to brag about the accomplishments of his children and grandchildren. He had a soft spot for his cats and dogs and spoiled them.  He constantly gave part of his dinner to his dogs and always gave way too many treats to his cats and dogs every chance he had.

He is preceded in death by his parents, Harvey and Della Oviatt, and his sister, Leola Emmaline Oviatt.

Services will be held at the Maeser Stake Center of The Church Of Jesus Christ of Latter-Day Saints on Saturday, September 4th, at 2:00PM. Viewings will be held on Friday, September 3rd at Blackburn Vernal Mortuary from 6 to 8 pm and Saturday from 12:45-1:45pm at the church prior to the funeral services.  Burial will be in the Rock Point Cemetery under the direction of the Blackburn Vernal Mortuary.

To order memorial trees or send flowers to the family in memory of Clark H Oviatt, please visit our flower store.
Send a Sympathy Card