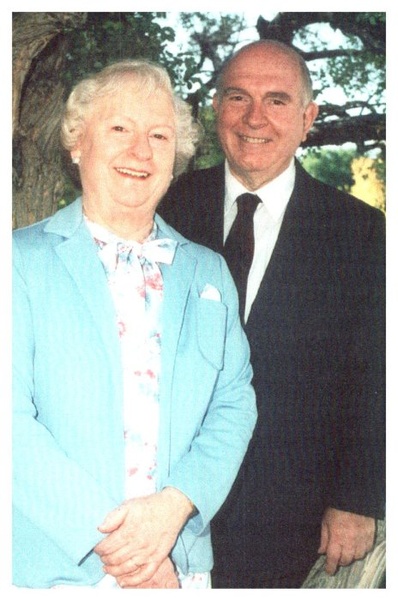 Clara Luella Putt, beloved wife, mother, grandmother, and great-grandmother, passed away in Salt Lake City, Utah on July 4, 2019 at age 88, with her family by her side. She was born on October 5, 1930 to Herbert and Luella Hoffman (Fry), in Williamstown, Pennsylvania.  She had a sister, Velma that passed away when Clara was three. Her father was a butcher and grocer in a family owned store and her mom was a homemaker and a great cook.

Clara always enjoyed music.  She began taking piano lessons at age eight from Ray Adams, and then Ruth Bates and took organ lessons at age 12 from Professor Hughes at a cost of 50 cents a lesson.  At times she played the organ for her church and sang in the church choir. During her teenage years she sang in a trio with her cousin, Shirley Hoffman and her friend, Loretta Grubb for local events and church and even sang on the radio once in Pottsville, PA. At graduation she received the key music award because she played Glockenspiel in the band and piano for the chorus and orchestra.

In 1952 Clara graduated from Lebanon Valley College with a Bachelor Degree in Music Education (Piano/Organ emphasis). Clara met John K. Putt at her friend, Cleo Bast’s home in Williamstown, PA on July 4, 1952.  It was love at first sight.  They got engaged on her birthday, October 5, 1952. They married on January 10, 1953.  In October 1954, they moved into their newly built home in West Lawn, PA. Shortly after they moved in, missionaries from The Church of Jesus Christ of Latter-Day Saints taught them the gospel.  On July 30, 1955 they were baptized. In 1964 Clara performed with the “Singing Mothers” choir at the July 1964 World’s Fair in New York City.  Clara taught many youth piano lessons.  On April 5, 1966, John and Clara were sealed in the Salt Lake Temple for all eternity. Together they raised five girls and two boys. Five of her children served full time missions and one served a mini mission.  Six of her children were married in the temple.  All of her children have graduated from college. All of her male grandchildren and some of her female grandchildren have served missions for the church. Clara has been a wonderful example and teacher. She served as Ward and Stake Music Chair, organist, choir director, and always a faithful ministering sister.

Clara’s friends and family will miss her thoughtful acts of service, her piano and organ playing, her great cooking and wonderful sense of humor.  She was dearly loved and will be greatly missed by all who knew and loved her. Her viewing will begin at 10 am.  Funeral services will be held at the Vernal First Ward (next to the Vernal Temple- 475 West 100 South) on Saturday, July 13that 11:00 a.m.  Interment will be held at the Vernal City Cemetery under the direction of Blackburn & Sons Vernal Mortuary.  We would like to thank Clara’s family, neighbors, ministering brothers and sisters, bishop, Vernal Care Center, Good Shepherd, Golden Age Center, University of Utah Cardiovascular ICU, St. Joseph Village, and University of Utah Medical ICU for their good care of Clara. Entrusted by Blackburn and Sons Vernal Mortuary and Cremation Care.

To order memorial trees or send flowers to the family in memory of Clara Luella Putt, please visit our flower store.