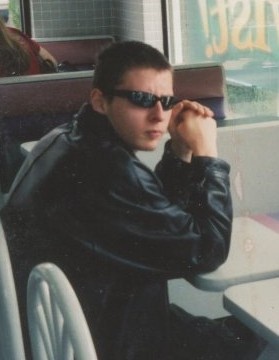 Our loving son, brother, uncle, grandson, nephew, and friend. Christopher Kody Sorensen  who was known too many as Kody. He was born November 7, 1982 to David Kelly Sorensen and Laurie Jo Burghardt. He had a fierce and loyal personality, who was always willing to help anyone in need and spent long hours in the service of many people. He had a very loving personality, though he would always be willing to engage in an argument if pressed on a point. Kody had a very strong relationship with his Father in Heaven, and always prayed for those he loved. Kody was a driver for DHL, Fedex, and Meadow Gold. As well as working for Uintah County and as a Transfer agent for Hiko Bell Mining and Oil. Kody was taken by his Heavenly Father on Tuesday February 11th.

He is proceeded in death by his grandparents David O Sorensen, Anita Ney, Duane A. Wall, and  Edward L. Burghardt.

To order memorial trees or send flowers to the family in memory of Christopher Kody Sorensen, please visit our flower store.