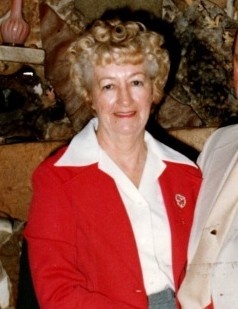 Charlotte Louise Wilson Seely, age 98, passed away peacefully surrounded by family on December 1, 2020 in Vernal Utah. She was born October 8, 1922 to Charlotte Violet Gibbons Wilson and Charlie Wilson in Fruita, Colorado. She was the youngest of nine children. She married her high school sweetheart, Robert Lee Seely November 19, 1941 in Ely, Nevada. Their marriage was later solemnized May 21, 1966 in the Manti LDS temple. They had three children, Robert L Seely, Jeanny Louise Seely and Keith Leon Seely. She had a strong testimony. She held many church callings, her favorite being Relief Society President. Charlotte was a very dynamic person and everyone who knew her loved her. She owned her own dress shop, which was unusual for a female at the time. She was also a cook and was an extremely hard worker, passing her work ethic on to her lineage. She was very active in various community services including the Green River Jeep Posse and was the MC for local pageants, programs and ceremonies frequently known as Sage Brush Sally. She was also fondly known as Sister Friendly, Aunt Charlotte, Grandma “Silly” and Pete. She loved cooking, sewing, canning, riding motorcycles, gardening, camping, playing the piano by ear, harmonizing, playing with her grandkids often floating the canal and jumping on the trampoline. She was always fun to be around and up for any adventure. She loved going out on “Trouble” with Bob on the Rio Grande Railroad. She had a huge imagination and was a gifted poet. She told many stories about growing up in the Henry Mountains. Her laugh was contagious, her energy endless and her compassion never-ending. Charlotte truly enjoyed the attention and love she received from Terri, the Care Center staff and Dr. Woodward. She is survived by her Daughter, Jeanny L Seely, Son, Keith Seely (Shirley), 10 grandchildren, Scott (Kelly), Christine (Jim), Misty (Toby), Monica (Randy), Monique (Jason), Maria (Landon), Michelle (Craig), Kara (Chad), & Matt. 13 great grandchildren, 5 great, great grandchildren and numerous nieces and nephews. She is preceded in death by her spouse, Robert Lee Seely, son, Robert L Seely, daughter-in-law Melinda, and grandson, Frank Seely.

Graveside services will be Friday, December 4, 2020 at 12:00 noon at the Green River Cemetery, Green River, Utah.

To order memorial trees or send flowers to the family in memory of Charlotte Seely, please visit our flower store.