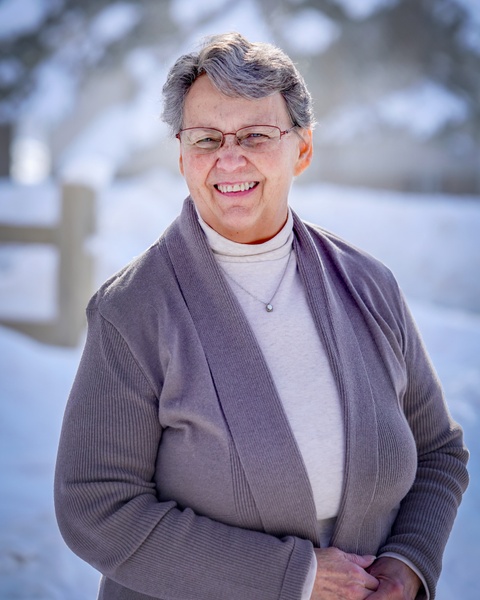 Charlotte Ann Tomlinson Kynaston was born on October 14, 1946 in Vernal Utah.  She returned to her Heavenly Father on September 27, 2022 at the University of Utah Hospital after a long health battle.

Charlotte spent her early years on the family ranch in Willow Creek Utah.  Her family later moved to Vernal Utah where she attended and graduated from Uintah High School in 1964.  She then spent one year at Snow College.  Her family relocated to Cedar View Utah where she met her sweetheart Gilbert Kynaston.  They were sealed and married in the Salt Lake City temple on August 24, 1967.  Charlotte was a member of the Church of Jesus Christ of Latter-Day Saints.  She enjoyed serving in many church callings.  Her favorite was cub scouts where she served for a combined 25 years.  Her and Dad served a mission at the Heber Valley Girls Camp for two years where she was able to share her love for nature with thousands of young women. She also enjoyed her time serving in the Vernal Temple as an ordinance worker.

One of Moms many talents were creating beautiful wedding and birthday cakes for friends and family.  Most of her time was spent outside working in her yard or camping and cruising around with dad on some adventure on their side by side.  She was a member of the Daughters of Utah Pioneer where she served in many capacities.  She was kept busy cheering on her husband, 8 children and 25 grandkids in their many extracurricular activities.  Mom was a homemaker while her children were being raised and then worked for Walmart and retired after 15 years.

The family would like to thank the heath care workers who worked so hard to help our sweet Charlotte.

Funeral services will be held Monday, October 3, 2022 at the Vernal 5th Ward LDS Chapel (200 North 250 West) at 11:00 am with viewings Sunday evening from 6-8 pm at the Blackburn Mortuary and 1 hour prior to services at the church.

Burial will be in the Vernal Memorial Park under the care and direction of the Blackburn Vernal Mortuary.

To order memorial trees or send flowers to the family in memory of Charlotte Tomlinson Kynaston, please visit our flower store.