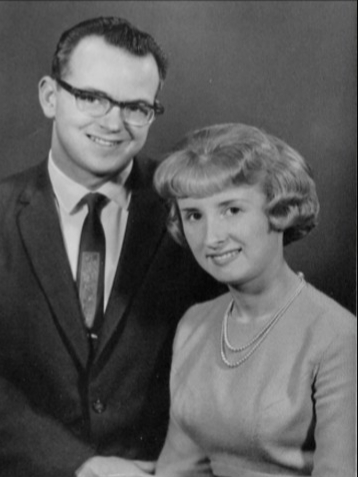 Charles Quinton Beede, a loving husband, father, grandfather, and teacher passed away on January 28, 2020 due to complications of lung cancer.

Charles was the first-born to Kenneth Charles Beede and Ada Kathleen Quinn on January 19, 1939 in Washington DC. As the son of a diplomat he spent many of his younger years living in Holland, Mexico, and in different areas of the United States. While living in Ogden, Utah he was befriended by members of the Church of Jesus Christ of Latter-day Saints where his testimony of the gospel flourished. A few years later he moved to Silverspring, Maryland where he attended high school and met the young Carole Hamstead.

After graduating high school, he spent two years at the University of Maryland. He was then blessed to return to Holland as a Dutch speaking missionary for the Church of Jesus Christ of Latter-day Saints, where he served for two and a half years.

Upon returning from his mission, he attended Brigham Young University majoring in physics, with aspirations of being a physicist. While visiting home in between studies he began dating Carole Hamstead and the two were married in June of 1964. Together they raised five wonderful children.

After graduating from BYU in 1965, he was approached by someone from the Church Education System (CES) who had observed him student teaching and offered him a job as a seminary teacher. After prayerful consideration he accepted, changing the course of his life.

This career change led him to Vernal, Utah in 1965, where he spent 36 years teaching the gospel of Jesus Christ and influencing the lives of countless students and other community members.

Following his retirement, he and Carole continued teaching the gospel by serving a CES mission with the institute program in San Diego, California, from 2004 to 2006.

Charles was preceded in death by his mother and father, eldest son Kenneth Beede, and grandsons Kenneth Drew Beede and Daniel Gurr.

Charles, otherwise known as Brother Beede, loved God with all of his heart and strived all his life to follow the example of Jesus Christ. He absolutely loved teaching others about God's plan of happiness for us all. He viewed his career, and the relationships he gained from it, as some of the greatest blessings of his life.

Funeral Services will be Thursday, February 6, 2020 at 11:00 AM at the Glines Stake Center (78 South 2000 West Aggie Blvd). Viewings will be Wednesday evening from 6-8 at Blackburn & Sons Vernal Mortuary and at the Chapel one hour prior to the services. Burial will be in the Rock Point Cemetery.

In lieu of flowers, donations may be made to the Family History or Missionary funds of The Church of Jesus Christ of Latter-day Saints.

To order memorial trees or send flowers to the family in memory of Charles Quinton Beede, please visit our flower store.
Send a Sympathy Card