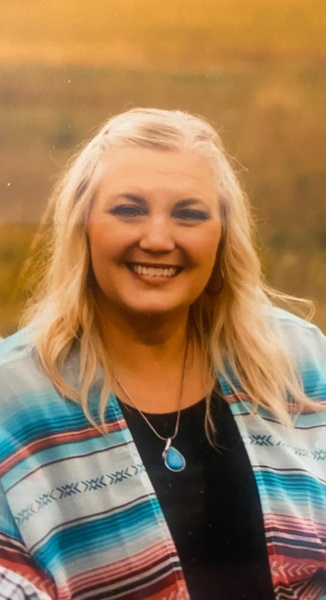 Cathlynn was taken back to her loving Heavenly Father and reunited with family on the other side on Friday, June 17, 2022.

Cathlynn Derricott Gardiner was born on Sept 3, 1977. At the time of her birth her family lived in Corrine, UT Cathlynn’ s father was a construction worker who did many jobs around the western United States. In about 1979 the family moved to Nampa, Idaho. In the early 80’s the family moved to Tooele, Utah. Cathlynn grew up and completed high school in Tooele. She graduated in 1995. After graduation she moved to the Uintah Basin.

She met Dwayne Gardiner and they were sealed for time and all eternity in the Salt Lake City Temple on Aug, 2 1997.  She received one of the greatest blessings I her life when Brendon was born on Sept 13, 2002. She loved him dearly and was always on of his biggest fans and supporter. She loved being able to travel and watch him compete. At the time that Cathlynn and Dwayne married she was working as a secretary at Ogden’s Carpet Outlet and the Sheridan Hotel. For 5 years she worked as a lunch clerk at Naples Elementary. She has spent the last 5 years as a secretary at the Food Dept. of Uintah School District.

Cathlynn served and held many ward callings throughout her life for The Church of Jesus Christ of Latter-day Saints.

She had many friends and was loved by all that knew her.

She survived by Dwayne I Gardiner (Husband)

She is preceded in death by her grandparents, Otis & Wilma Williams, Velda Watson, and Faye Derricott and parents Brent Derricott & Evelynne Derricott

To order memorial trees or send flowers to the family in memory of Cathlynn Gardiner, please visit our flower store.