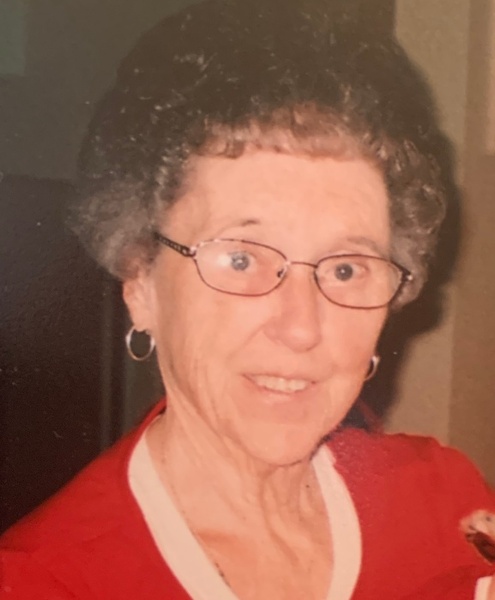 Carol Starr Cromar Justesen died peacefully surrounded by her family on November 25, 2019.  She was born on January 19, 1932 in Salt Lake City, Utah to George Frank and Marcia Starr Cromar. She later moved to Magna where she graduated from Cyprus High School. She attended the University of Utah, studying journalism.  While there, she married her high school sweetheart, Donald Jay Justesen. They were later sealed in the Mesa Arizona Temple. They were blessed with four children, Brad D. Justesen (Janet), Bryce E. Justesen (Annette), Lisa Ann Henderson (Stephen) and David C. Justesen (Debbie). They moved to Kearny, Arizona in 1962 where they raised their family until moving to Price, Utah in 1982. After her husband’s death in 2014, Carol moved to Vernal, Utah to live with her daughter Lisa.

Carol was an active member of the Church of Jesus Christ of Latter Day Saints all of her life.  She served in many capacities, including an early morning Seminary teacher for 15 years. She loved her sorority sisters and served them for over 60 years. She served in several civic organizations and through her dedication held various leadership positions.  She truly lived a life of service.  She was an accomplished poet and loved to write, receiving many awards. Her greatest joy in life was her family. She leaves behind 17 grandchildren and 37 great-grandchildren. All who had the privilege of knowing her will dearly miss her. We will always remember her as our “Angel Mother.”

A viewing will be held on Thursday, December 5, 2019 from 6-8 pm at the Blackburn and Sons Vernal Mortuary.  A funeral will be held on Friday, December 6, 2019 in Salt Lake City at the Federal Heights Ward Chapel, 1300 Fairfax Rd.  There will be a viewing at noon and funeral at 1:00 pm.  Interment will directly follow in the Salt Lake City Cemetery.

To order memorial trees or send flowers to the family in memory of Carol Starr Justesen, please visit our flower store.
Send a Sympathy Card