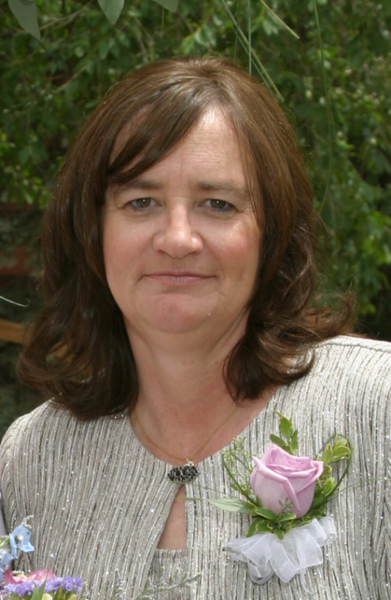 Carma Jean Slaugh Gates Brewer passed March 26th 2021 at the age of 62 due to a series of severe complications following a bad fall. Carma was born March 20th 1959 in Vernal Utah to Farrell Slaugh and Goldie Victoria (Vicky) Kimball. She was the youngest of three children.

Carma was a lifelong resident of Vernal. In the early 80s she worked at the Coca Cola bottling plant, starting in the 90s she tooled decorative leather for Dry Fork Saddle Company, later in life she worked as a clerk at the Lamplighter Motel.

Carma belonged to the LDS faith and was a member of the Vernal 8th Ward.

Carma is preceded in death by her parents and brother Durrell (Roy) Slaugh. She is survived by her sister, Cliftia Johnson, her three children Neisha Heidelberg, William Gates and Breann Brewer, her three grandchildren Victoria, Lorelei and Thomas (Tommy) Heidelberg.

Funeral services will Wednesday, March 31, 2021 at 11:00 a.m. at the Blackburn Vernal Mortuary. Friends and Family may call from 10:00-10:45 for a viewing,  prior to the services. Burial will be in the Maeser Fairview Cemetery.

To order memorial trees or send flowers to the family in memory of Carma Brewer, please visit our flower store.