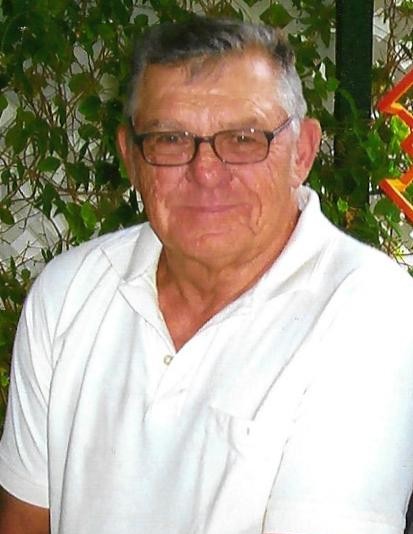 Bud Earl Charles Sackrider, born in New Castle in 1940 and passed on July 7, 2018 at his home.  Bud said, “I have lived a good life and I’m ready when the old man calls me”.  He described his home as having a million dollar view. Anyone who knew Bud, knew of his kindness and passion for his family and friends.  He loved tending to the cows, fruit trees, and garden.  He was always willing to share his “candy”.  He loved the outdoors; hunting, camping and his favorite, fly-fishing.  He was willing to share his knowledge with family and friends.

Bud entered the Navy in 1960 and served for four years on the USS Bennington in the Vietnam War.  When he returned to Silt after his military service he was employed as a Garfield County Sheriff Deputy under Sheriff Baker.

15GREAT-GRANDCHILDREN:, many nieces and nephews

Other Children and Grandchildren:

In lieu of flowers, Bud requested that a donation be made to Silt Fire Department, First Responders or Garfield County Sheriff Office.  There will be an open house in honor of Bud on July 14th from 10 a.m. to 2 p.m. at 0448 Ingersoll Ln., Silt Mesa, CO  80121.

There will be an open house in honor of Bud on July 14th from 10 a.m. to 2 p.m. at 0448 Ingersoll Ln., Silt Mesa, CO  80121. under the care and direction of the Blackburn and Sons Vernal Mortuary & Cremation Care. Send condolences on line to family at www.blackburnvernalmortuary.com

To order memorial trees or send flowers to the family in memory of Bud E.C. Sackrider, please visit our flower store.
Send a Sympathy Card