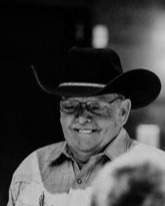 Billy Wayne Henderson passed away on September 12, 2022 at his home in Pleasant Valley.  He was born November 14, 1944 in Price, Utah to Hazel Jorgensen and Frank Henderson. He married Moreen Anderson on August 24, 1966.  Together they have 2 children, Lance and Tommy.

Wayne was involved in the Uintah Basin Irrigation Board for 29 years, and spent most of his time doing what he loved Farming and Ranching in Pleasant Valley.

He is preceded in death by his parents Frank and Hazel Henderson, brother, Larry Henderson, and in-laws Morris and Colleen Anderson.

We'd like to thank Canyon Hospice for taking care of Wayne.

In Lieu of flowers please donate to Primary Children's Hospital.

To order memorial trees or send flowers to the family in memory of Wayne Henderson, please visit our flower store.