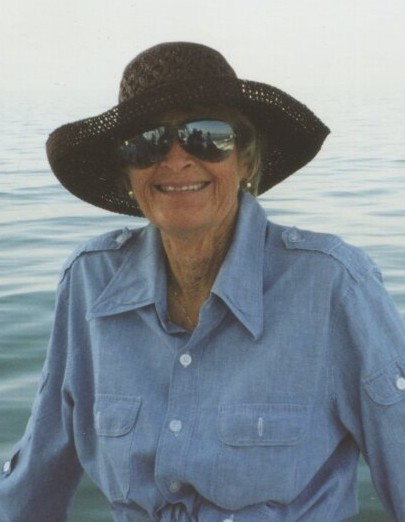 Our beloved wife, mother, grandmother and great grandmother, Betty Jean Rowell passed away at her home in Vernal, Utah on September 15, 2020.  Betty was born January 27, 1930 in Breckinridge, Texas to Horace Taylor Henderson and Mary Ethel Tate Henderson.   She was blessed with one brother Robert who was 8 years younger than she.

Betty lived with her parents in Lefors, Sunray, and Dumas, all located in the great state of Texas.  Betty attended Dumas High School where she was on the basketball team, Volleyball team and was on the very first Honor Roll at Dumas High.  She was a very good student and always strived to do her best.

Betty married Joe Rowell January 22, 1950 in Clayton, New Mexico.  Betty told Larry that she and Joe drove from Texas to New Mexico late at night and got a justice of the peace out of bed to marry them.

She and Joe settled in Dumas, Texas where they bought a new two bedroom house.   Betty wrote that they furnished their home with brand new furniture and they made payments on it each month.

Betty and Joe were blessed with three wonderful sons.  Larry, Terry and David.  David passed away Dec. 1, 1977 from Leukemia at the age of 12.

Joe worked in the oilfield and they were transferred from Dumas to Pampa, Texas and then off to Kansas for a short time.  They were transferred back to Pampa where they remained until 1960 when Joe was promoted into the Rocky Mountains where he was in charge of drilling and production.  That promotion brought them to Vernal, Utah.    Betty made many dear friends in Vernal.

Betty loved to golf, snow ski, play bridge, bowl and to entertain in their home.  She played the guitar and created beautiful watercolor paintings.

Betty was always dressed so elegantly.  She loved a well kept home both inside and out.

Betty is survived by her loving husband of 70 years, Joe, her brother Robert, her sons Larry (Joye) and Terry (Vera).

To order memorial trees or send flowers to the family in memory of Betty Jean Rowell, please visit our flower store.
Send a Sympathy Card