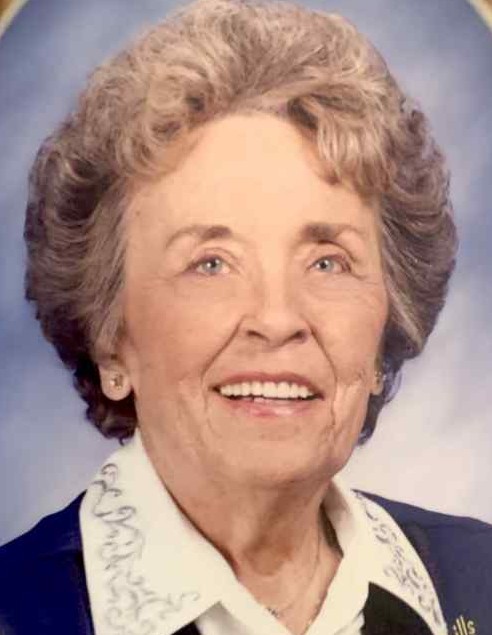 She was born on August 6, 1930 in Hogeland, Montana, the daughter of Frank and Helen Mihelich Mohar.

Betty attended schools in Turner, Montana and was a 1948 graduate of the Turner High School.  She also attended and graduated from the Havre Montana Teacher’s College.

Betty and her husband Ted were the owner’s of Jenkins Music and Vending for many years.

Her interests included spending time with her family, attending her grandchildren’s sporting events, cooking, gambling, sewing/crocheting blankets for her family, playing cards/cribbage, sharing her home brewed sweet tea, coffee, home baked bread and jelly, and beautiful swimming pool with family and friends. Betty took pride in teaching her grandchildren and the many children that got to visit “Grandma Betty’s pool” to swim. She enjoyed her trips to Rock Springs to visit her brother and sisters. Betty enjoyed collecting Emit Kelly items and was known for her magical Christmas village.

The family of Betty Louise Jenkins respectfully suggests that donations in her memory be made to Hospice of Sweetwater County, 333 Broadway, Suite 220, Rock Springs, WY 82901 or the St. James The Greater Catholic Church, 138 North 100 West, Vernal, UT 84078

A Funeral Mass will be conducted on Wednesday, November 6, 2019 at 11:00 AM St. James Catholic Church (138 North 100 West) Vernal, Utah. A vigil with rosary will be recited on Tuesday evening from at 6:00-6:30 at the St. James Catholic Church, a viewing will follow at the Blackburn & Sons Vernal Mortuary from 7:00 -8:00. Interment will be in the Vernal Memorial Park.

To order memorial trees or send flowers to the family in memory of Betty Louise Jenkins, please visit our flower store.
Send a Sympathy Card