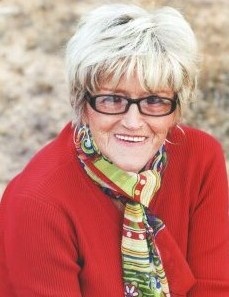 Betty LaRae Murray Clark February 6, 1935 - December 21, 2020.  Betty passed away peacefully in her home surrounded by her loving family.  She is now in her Heavenly home reunited with her parents, siblings, and husband.

Betty was born in Vernal, Utah to Albert and Della Murray.  She was the oldest of 5 children and was raised on Brush Creek.  Betty’s parents taught her the importance of a strong work ethic of which Betty carried throughout her entire life.

Betty was taught how to cook by her mother Della. At the age of 15 Betty began working at the local cafes, building her career in the Restaurant Business along the side of her mother. Betty began establishing a reputation for her home-made cooking. Betty was a perfectionist and took much pride in her work.  Betty enjoyed being in the limelight and the delivery of the final product.

In 1978 Betty purchased The Old Steinker Store and fulfilled her Dream of owning and operating her own business. As we all came to know as the Last Chance Café. The Last Chance became the place to meet for Betty’s famous breakfasts, a cup of coffee with friends, the last stop for a fishing license, gas & a six pack. Or a fun night out at the Saloon. Betty cherished everyone of her customers and soon customers became close friends.  Betty ran the business util 1995 and later moved up town- to what we all know as Betty’s Café.   The Last Chance and Betty’s Café has been a blessing to the family and will forever be her Legacy. Her daughters, grandchildren, and great grandchildren have had the opportunity to learn the value of hard work.  Betty never completely retired. In fact, Betty made her last batch of pie dough just a short few weeks ago. Through her later years she continued to bake her beautiful pies and cinnamon rolls, jar peaches and jam. On one of her trips to Texas during the holiday’s she baked 55 pies and became Grandma Betty to all.  She did not leave this earth with out sharing her recipes with her grandchildren and great grandchildren.  She was sure to send Soup and Baked goods with her grandsons for hunting camp.

Betty also was a collector of many things such as her cookie jars, her cabbage patch dolls, and her biggest collection of all was her many pictures of her family.  Betty’s memory room has given great joy to all of us and is a testament of how proud of her family she was. Her photos of Grandpa Ab, Grandma Della, her sister Tenny, her brothers Myles, and Foy have given the younger generations the opportunity to know them. With saying that the “Ab and Della Family Reunion” was so special for Larry and Betty to honor their parents and siblings. Betty looked forward to the reunions every year.

Betty also had many special friends She gave them a run for their money with a good game of Hand and Foot.

Betty’s greatest achievement and her pride and joy were her daughters Lynne, Linda, and Maria. Every August 12, the twins would have 2 beautifully decorated cakes baked by their loving mother. It was not only their Birthday, but an event. As well, Maria’s trips to Utah, were a very special time for Betty. When word got out that Maria was coming to Utah, it was not just a visit, it as well was an event. When Maria arrived for her last visit with her mother and all 3 of Betty’s girls were united with their mother she said “You girls are my Life”

She is survived by her daughters Lynda (Ned) Oaks, Lynne Johnston, Maria (Chris) Maresh, her brother Larry (Tina) Murray, her 9 grandkids, 17 great grandkids, and 1 great great granddaughter, and many nieces and nephews.

The family would like to acknowledge and give a big thank you to Kim Deets for taking such special care of our Mother, as well as the many texts, calls, cards, food, flowers and prayers.  We are forever grateful.

Funeral Service will be Wednesday, December 30, 2020 a 11:00 AM at the Uintah Conference Center (313 East 200 South). Viewings will be Tuesday from 6-8 PM at Blackburn Vernal Mortuary and at the Conference Center one hour prior to the services. Burial will be in the Jensen Cemetery.

To order memorial trees or send flowers to the family in memory of Betty LaRae Clark, please visit our flower store.