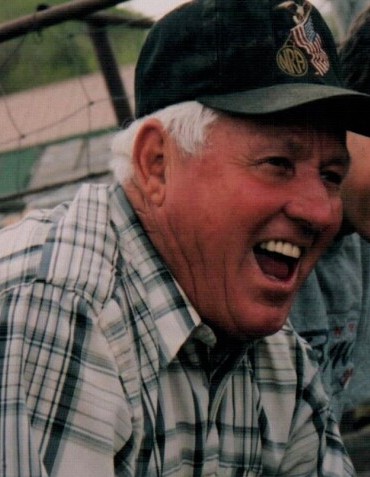 Born December 7, 1932 to Stella Meyers Clark and Carlos Clark, passed away on November 23, 2020 at his home with his family and friends by his side laughing, joking, and telling stories in true Ben Clark fashion. He was two weeks shy of his 88th birthday.

Ben always had a story to tell and many loved to visit just to hear them. You could never tell if he was pulling your leg or not. He was a joker and loved to tease right to the very end. He was even able to get his last joke in just hours before he left us.

He lived life to the fullest and made sure all around him did also. He was a true old cowboy, farmer, rancher, and mechanic. As long as he had some bailing wire and black tape, he could fix anything-and we do mean anything.

Ben was well known around the rodeo circuit most his life. He had a passion for his race horses, used to run bucking bull stock for the rodeos, and was an amazing team roper. He taught many kids how to ride a bull or rope a calf. He even had full arena with bucking stalls and would hold rodeos, practices, and little buckaroos at his place.

Ben was known by many as the cow and horse whisper. It seemed as though the cows and horses loved him as much as his family. He just had to walk into the pasture and say "come on" and they would follow him. Branding calves with him was a favorite past time for so many. Also visiting graves and remembering those who had passed on was a must each year.

Ben lived for hunting. To him, there was nothing better in life than hunting with his family, just don't forget the carrot cake. He taught all his grandchildren and many others to drive (crazy and fast!!!), fish, hunt, farm, and swim.

He was someone who had a heart that just never stopped caring for others. He was always taking in anyone who needed a roof over their head or a meal in their belly. His door was literally always open. At times, there was so many people staying at his house you could barely move, but that was just him. Just watch out when he started to grit his teeth and talk quite.

Ben knew the meaning of hard work and passed that work ethic onto his prosperity. After a hard day's work there was always a reward, which usually included swimming in the canal a cherished memory for many.

Ben helped build the Flaming Gorge Dam, worked at the Bonanza Mine, drove Truck for RW Jones, and worked at Bow Valley aka Flying J as their head mechanic and many other jobs. Always playing jokes on whoever he worked with He was a Veteran and served in the Air Force for many years.

Funeral services will be Saturday, November 28, 2020 at 2:00 PM at Blackburn Vernal Mortuary. A viewing will be from 12:00 noon until the time of Services.  Burial will be in the Maeser Fairview Cemetery. With Military Honors provided by American Legion.

To order memorial trees or send flowers to the family in memory of Benjamin William Clark, please visit our flower store.
Send a Sympathy Card