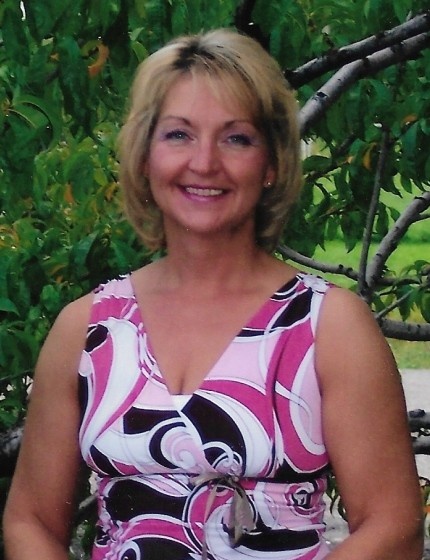 Our beautiful momma, Barta Fay Bascom, returned home to her Heavenly Father February 13, 2019 surrounded by those who love her most.
Barta was born the fifth of seven children on February 26,1955 to Raymon and Illa Bascom in Rupert, Idaho.
She graduated from Payson High School in Payson, Utah in 1972 and then furthered her education graduating from Stevens-Henager College in 1983 with a degree in Nursing.
Barta always said that she met the “Love of her Life”, Mike Serrano, in the eighth grade. Mike and Barta were married in March of 1972 and went on to have three daughters and one son. Although they later divorced they remained good friends and sweethearts. He was among those at her side when she passed.
Mom loved nature and being outdoors. She enjoyed fishing, hunting, camping with her grandkids, and picnics up Dry Fork Canyon. Among her many hobbies and talents were sewing, quilting, canning, painting, and gardening. She was an avid volunteer, including The Grand Old West Days, Alive After 5, and The Dinosaur Round-Up Rodeo. Barta’s family was her everything. She loved being with her kids, grandkids, and great-grandkids. She made everyone who met her feel like they were someone special. She would rush to hug you as if she hadn’t seen you in years, even if it had only been a hour. She was an active member of the Church Of Jesus Christ Of Latter Day Saints and held many callings, with girls camp director and primary chorister being a couple of her favorites.
Barta is survived by two brothers, Rob and Dale, and four sisters, Jeanne, Jerry Ann, Gayla, and Nina.
Her sweetheart, Mike Serrano Sr., of Provo, Utah.
Children: Korina Serrano, of Payson, Utah, Mandy Cottam, of Vernal, Utah, Mike (Deborah) Serrano, of Green River, Wyoming, Billy Jo (Alan) Almond, of Yelm, Washington. Adopted Children: Exonnie and Breezy Serrano, and Teanna Medrano Grandchildren: Tylor (Karli) Wilson, Britney (Abraham) Boekweg, Halyn Holdaway, Lystie Holdaway, McKayla (Jaden) Gilroy, Tiffany Cottam, Brycen Cottam, Tuker Cottam, Dallan Serrano, Korbin Serrano, Kristinah Belle Serrano, Rylan Serrano, LaNina Almond, Shelby Miles, Brayden Miles, Kyan Alexander, Harley Serrano, Alanna Medrano, Andre Medrano, Ariyah Medrano, and one due in April 2019.
Great-Grandchildren: Ryker, Rogyn and Rhyla Gilroy, Kasyn Cottam, and one due in May 2019. And a great many nieces and nephews.
She is preceded in death by her parents, who were undoubtedly overjoyed to see her.
There will be a viewing for friend and family February 18, 2019 from 6-8 pm at Blackburn & Sons Vernal Mortuary (15 East 100 North, Vernal, Utah.)
Funeral services will be held February 19, 2019 at 11:00 am with a viewing one hour prior, at The Glines Stake Center 78 Aggie Blvd, Vernal Utah. Internment will take place at Dry Fork Cemetery. Services have been entrusted to the Blackburn & Sons Vernal Mortuary.

To order memorial trees or send flowers to the family in memory of Barta Fay Bascom, please visit our flower store.