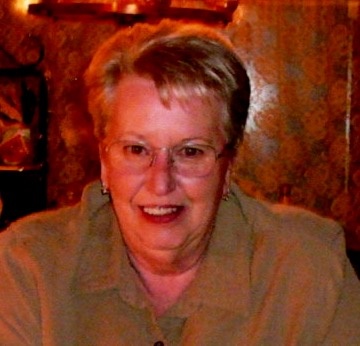 December 9, 1945 ~ August 14, 2020
Barbra Schultz, an outstanding wife, mother, grandmother, and great grandmother passed away Friday, August 14th, 2020. Barbra Sue Schultz was born on December 9th, 1945 in Olney, Texas to John Bolen Dodson and Vesta Mae Dodson. Her family lived in central Texas where she was born and raised. She later moved to Oregon following family and work.
While living in Oregon she wound up living across the street from the man she would soon fall in love with, Ira ‘Leon’ Schultz. Barbra and Ira married in February 1963. They had the fortune of spending an amazing 52 years together, side by side.
While living in Roseburg, Oregon Barbra and Leon had welcomed their first son Robert L. Schultz, born November 3, 1963. After three years later they had welcomed their second son, Reese Schultz, born October 25, 1966. Later in their journey as a family Barbra, Leon, and their two sons later moved to Moses Lake, Washington to follow Leon for work. In the year of 1977, Barbra and Leon welcomed their third son, John D. Schultz, born February 24th. Barbra loved her sons with all that she was, they are what motivated her to work hard, and be the best mother she could be for them. While living in Oregon Barbra found herself a career in roofing. She had this job from around 1972 until around 1974. She was a hard worker and very dedicated, she loved and enjoyed roofing.
In the year of 1978 Leon had made his way down to Vernal, Utah for work, with his family following him later that year. While living in Vernal, Barbra kept herself busy having a few jobs. She worked at 7/11, Top Stop and also KFC. Barbra also has had the pleasure of watching all three of her sons attend and graduate from the Uintah High School.
Barbra enjoyed many things in her life; fishing, sewing, cards, and bowling. Barbra was on a bowling team here in Vernal and was very passionate about it.
After a long fight with health issues, she sureenedered her fight of her life in the BeeHive Homes with her sons; Robbert and John with their wives.
She leaves behind her sons: Robert and Kim Schultz of Vernal, Reese Schultz of Wendover, Nevada, John and Stacey Schultz of Vernal.

She has thirteen grandchildren and four great grandchildren. She has many nieces and nephews, and wonderful  daughter-in-laws that have loved her sons. Her brother John Michal Dodson.
Family members proceed in death: Her late husband ( Ira ‘Leon’ Schutlz) Her mother and father (John and Vesta Dodson), her sister (Pat Dodson).

Funeral services for Barbara Schultz, age 74 of Vernal, will be conducted Thursday, August 20, 2020 at 11:00 a.m. at the Blackburn Vernal Mortuary.  Friends and family may call from 9:00-10:45 prior to the services at the mortuary.  Burial will be in the Vernal Memorial Park under the guidance and care of Blackburn and Sons Mortuary.

To order memorial trees or send flowers to the family in memory of Barbara S Schultz, please visit our flower store.
Send a Sympathy Card