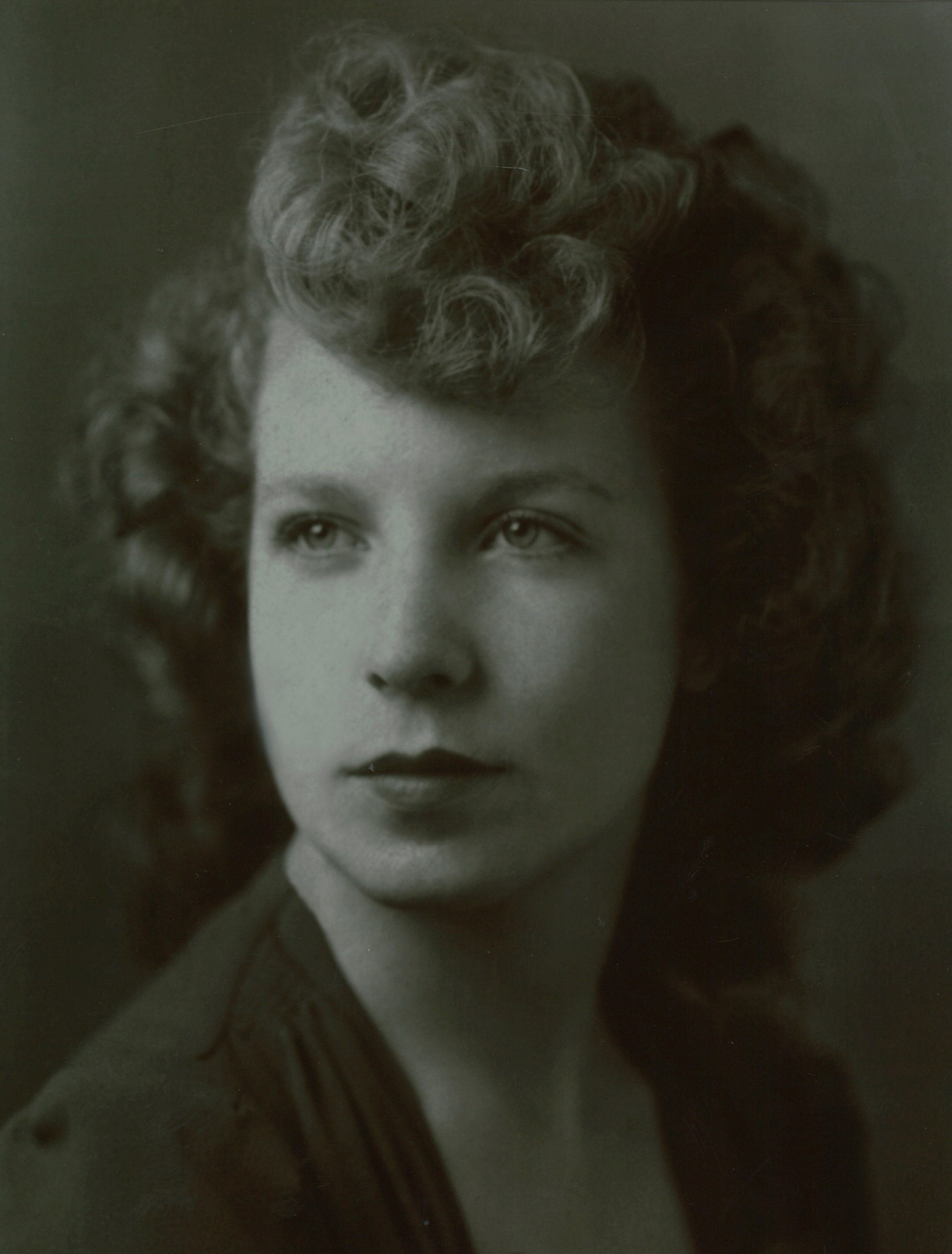 Ardith Minnie Morrill Atwood, age 95, slipped through the veil on June 23, 2022 in Ogden, Utah to join her loving family who were waiting for her return to her heavenly home.  Her death was the result of old age and the ravages of dementia.  Ardith, Mom, Grandma, or Cha (depending on how you were acquainted with her), was born, according to family lore, in a chicken coop on the South Myton Bench on October 12, 1926.  She was the third of seven children born to Alfred D Morrill and Minnie Myler Morrill.  Her older siblings are Erma and Metta, and they were later joined by Max, LaRae, Lyn and Ilene over the next 15 years.

Mom grew up in a poor, but loving family, who scratched a living from the dry, alkali soil of the Myton bench, and then traveled through much of the west as her father built roads as a cat skinner with the Utah State road department.  She rode horses, climbed trees, swam in the Duchesne River and played in fields and ditches with siblings and cousins.  She helped on the farm, did household chores, cared for her siblings and herded cows to Pleasant Valley.  She knew what it was like to wear bloomers creatively fashioned from used flour sacks, and clothes lovingly made by her mother’s hands, and subsisting on bread and milk and “lumpy dick” when garden vegetables weren’t quite ripe.  She was raised during the depths of the depression and carried lessons of thrift and industry throughout her life taught by her parents and hard knocks.  She lived and witnessed travel and technological advances from horses and teams and frequent bareback crossings of the Duchesne to church and school, to intercontinental travel by jet airplane and well as space exploration and lunar landings.  She lived from parcel post, to party-line telephone, to worldwide instantaneous satellite and internet computer communication.  She truly was part of the greatest generation.

She attended schools in Duchesne County, and graduated a proud Roosevelt Rough Rider.  She recalled with fondness her high school cheerleader days, and daring acts of sunbathing in the buff with her friend Donna Gagon on the peak behind her house just off the bench.  She attended one semester of college at “The BYU”, where she supported herself by working as a house maid.  Although her formal education ended after one college semester, she was a lifetime learner and obtained an informal “business degree” earned through significant financial risk, trial and error, hard work and perseverance.

She married a fellow Myton bencher, Val J McClellan on December 23, 1945, whom she met as he tractored her vehicle from the mud as she unsuccessfully attempted to climb the soggy  dugway to the top of the bench. Val had recently returned from Europe and WWII, and was beginning life as a civilian.  However, after a few short months, Val re-enlisted in the Air force, and he and mom spent the next 16 years following orders with duty stations at Hill AFB, Utah, Chanute Field Illinois, Alameda, California, Wright Patterson AFB Ohio, Pease AFB, New Hampshire and Clark AFB, Philippines.  Through the Air Force years, they were blessed with six children, Robert, Valarie, Brad, Gary, Jeff and Clark.  After Val separated from the Air Force, they returned to Roosevelt, where mom and the kids settled near family, and Val went back to New Hampshire.  They divorced shortly thereafter.

Mom’s Roosevelt years were full of struggle, devotion, work, anxiety, faith, prayers and more hard work.  Although she had considerable support from her parents, Alf and Minnie, and her former in-laws Ray and Nora McClellan, it was unspeakably hard for a single, divorced woman raising six children in rural Utah, without much formal education or financial assistance.  She had to be resourceful and enterprising.  She was all of that and more.  She started humbly as the manager of the Bishop’s storehouse, where she and the children lived, as she got her feet on the ground.  Recognizing that she needed a more stable economic foundation, she continuously sought better employment opportunities.  She heard that the old Cache Meat Market was for sale on main street in Roosevelt.  She made an offer to purchase the store to the Wilkens brothers, who remembered with considerable mirth that mom was a participant in a mud wrestling match during her high school years, which somehow favorably worked in her favor as they agreed to accept her offer.  Since she didn’t have the resources, experience or the time to tackle store ownership and management alone, she teamed up with her sister Erma and her husband Percy Stewart and her first business enterprise began.  She and the Stewarts worked exhausting hours as they learned the grocery business and made the store a success. The store provided her the income that she needed to provide for her young family.

During the grocery store years, mom recognized that she could not raise her children up in righteousness without divine assistance. She remembered promised blessings from the lips of church leaders, and relied on them as she faithfully held weekly Family Home Evenings filled with spiritual lessons, prayers, singing, and fun.  Her faithful example and prophecy fulfilled created a legacy: Five of her six children served missions for the LDS church in Austria, Hong Kong, Venezuela, Texas and the Philippines.  All of her children have been married in LDS temples.

After seven years at the store, she met Lawrence U. Abegglen, and they married on January 13, 1969.  Mom sold her interest in Cache Meat Market to Erma and Percy, and she and Larry moved to Vernal where they started a construction and development business, Interstate Homes.  Their business flourished during the 1970's, as they built dozens of homes in the Uintah Basin, and developed several subdivisions.  After retiring in 1980, she and Larry went on LDS missions to Independence, Missouri and Coventry, England.  Larry passed away in August 1992 while living in Ogden, Utah.  They were married for 20 years.  Upon Larry’s death, mom moved home to Vernal, and lived alone for a few years.  In January 1994, mom married Garth J. Atwood, a recent widower, and her former friend and Bishop.  She and Garth went on a mission for the LDS church to the Family History Center in Salt Lake City, Utah.  After their mission, they returned to Vernal, where Garth passed away February 22, 2010.   They were married 16 years.

Mom lived the last twelve years of her life on her own, or with her children, or with her beloved sister LaRae, until dementia made it so she needed near constant care for the last four years of her life.  Consistent with ninety prior years of life which were characterized by hard work, determination, faith and resilience, she fought dementia to the end.  She always believed that if she could “just get back to Vernal”, everything would be all right.  It was agonizingly painful to watch her lose her identity, as she forgot the names of her beloved parents and siblings, and then her children and grandchildren.  Even though she couldn’t remember your name, she knew that you were connected to her, and she loved and wanted to be with you.  Gratefully, she’s now returned to parents and grandparents, and departed siblings, and we are certain that there has been a joyous reunion in heaven as she remembered her many names, and the names of her loved ones whom she longed to embrace.

Mom loved to travel, and share her testimony of Jesus and His gospel. She loved Christmas, gardening (mostly vegetables), her sisters Erma, Metta, LaRae, and Ilene, her brothers Max and Lyn, family reunions, cousins, her parents Alf and Minnie who she called “daddy and momma”, the Philippines, grandkids-all shapes and sizes, canning peaches, ball games, the Utah Jazz, singing in the choir, general conference, BYU, the Lord, church, the scriptures, quilting, teaching lessons, prayer, camping, fishing, FHE, and serving God’s children.  She made the best cinnamon rolls, breads and scones.  She worked in every auxiliary in church--Primary, Sunday School, Young Women’s, and Relief Society-- several times and from the Philippine Islands to Maine, and even extending on to England, and lots of places in between.  She recalls with great pride that she was present at the American Cemetery outside of Manila when Gordon B. Hinkley rededicated the Philippines Islands to the preaching of the gospel on April 28,1961.  She later wrote that she “felt honored to be in the first Relief Society Presidency in the Philippine islands,” and remembers that she was “asked to speak in conference in Manila.  It was a joy to see the fruit of missionary labors.  The Lord had prepared the Filipino people and they came to the church so fast that it was hard to keep up with them.”  She was in the Philippines when there were less than a hundred saints.  Now, 61 years later, there are more than 800,000 members.  She was an advocate for education.  She was on the PTA, she never missed a parent-teacher conference, and encouraged her children to improve their opportunities through advanced training and education. In spite of her humble background, all of her children attended college, with five graduating with bachelor’s degrees, and three going on to receive doctorate degrees. Her efforts to encourage education prepared them well for their future success.

Mom wasn’t much into putting on airs and pretense.  She wasn’t too concerned about clothes, or cars, or make up.  She rarely followed a recipe, and if she did, she always had her own variation based on what was in the pantry or in her food storage.   She once made “brownies” out of black beans, and tried to pass them off as desert (which no one bought). After her nearly 100 years on this planet, she didn’t end up with a lot of worldly possessions, or a fat bank account, but she was rich in all the ways that she considered important.  She saw much of the world, and served many of God’s children.  Her children were taught the gospel.  She educated them, and gave them a chance to move off the farm. She made the world a better place.  We love you mom.  Thanks.

To order memorial trees or send flowers to the family in memory of Ardith Minnie Morrill Atwood, please visit our flower store.