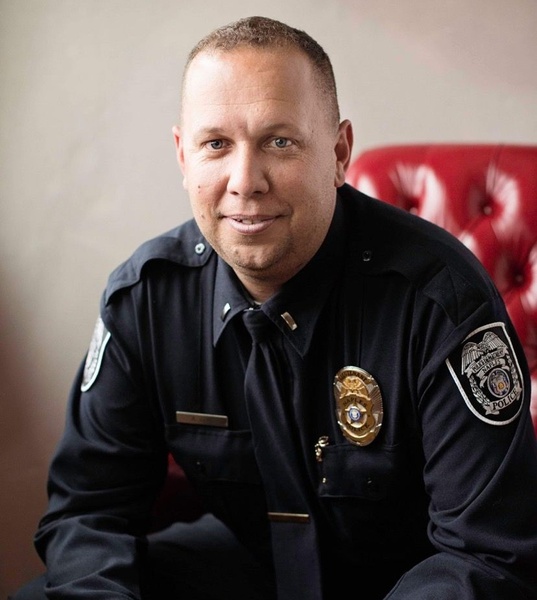 Andrew Willard Cox was born on September 6th, 1974 in West Valley, Utah to Glen and Judy Cox (Mcintosh, Maiden Name). He was the youngest of his four siblings, the baby of the family.

Just one month after Andrew was born, his dad took him on his first deer hunt. Andrew would be his dad’s sidekick for the many years to come. Growing up, Andrew was an energetic and vibrant child; he enjoyed hunting and fishing with his father and quickly developed a deep love for the outdoors—and the Uinta Basin, specifically. Andrew always said that his heart was in the Uinta Basin, that he would one day raise a family there.
Andrew met the love of his life, Stephanie, in February of 1999 and they married in June of 2000. They built a life together and raised their daughters Paige, Shelby, and Erin. In 2006, they welcomed their son Brady into the family. Andrew’s humor and enthusiasm made him an incredible husband and father. He was a mentor to all who needed him. He was there day or night to listen, offer advice, or just to make you laugh. He was everyone’s favorite uncle.
Not many people are able to pursue a career that they love, but Andrew did. Ever since he was a kid, he knew that he wanted to be a cop. He got the chance to pursue his dream when he graduated the police academy in 1998. He then went on to work at Promontory Correctional Facility (a Maximum Security Prison in Ely, Nevada) before moving on to Duchesne County and working as a jailor. This was where he met Deputy Stephanie Hopkins, his soulmate and future wife. He then went on to work as an officer with Roosevelt City Police Department, where he discovered his talent as K9 handler and trainer. He worked in Roosevelt for many years before transferring to Naples City Police Department, where he worked diligently for 14 years, eventually becoming Chief of Police.
Andrew was well known throughout the state as the lead K9 handler and trainer. He was a member of the Uintah Basin Strike Force, JCAT (US Marshals, Joint Criminal Apprehension Team), a certified Child Forensic Interviewer, and a Concealed Weapons Instructor and Range Master. He was a highly valued and decorated officer, having received two Medals of Valor (as well as many other accolades) throughout his service. Andrew’s love for his community and the people in it is evident in the many friends he had and the lives he changed. Above all, Andrew was a peacemaker who brought out the best in people with every situation he found himself in, be it law enforcement or with his friends and family. He brought humor to everyone and loved to make those around him laugh.
Andrew Cox was many things. He was a husband, father, grandfather, son, and uncle. His family is large, made even larger by the friends that he made throughout his life. He was a man who could make you feel as if you’d know him for years, even though you’d just met. His laughter was contagious and his jokes were off-color. He had amazing rhythm for a white guy, and could dance like nobody’s business. He loved little people (especially Tyrion Lannister) and snakes. The world is a lesser place without him in it, and he will be missed dearly.
He is survived by his mother Judy McIntosh, the love of his life Stephanie, his children Paige Sechi (Codie), Shelby Martin (Phillip), Erin Bascom, and Brady, his grandchildren Oakley, Kimber, Cameron (February 2022), his siblings Helene Heywood (Kevin), Michelle Maughan (Robbie), Coy Cox (Josette), and Glenda Kersey (Aaron) and twenty- five nieces and nephews and 47 great nieces and nephews.
Andrew is proceeded in death by his father Glen Cox and step-father Roland McIntosh.

To order memorial trees or send flowers to the family in memory of Andrew "Drew" Cox, please visit our flower store.
Open