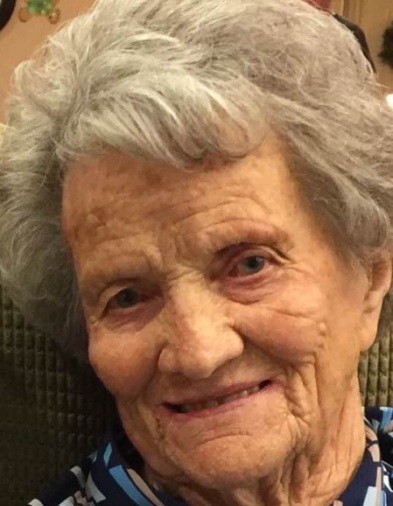 She was preceded in death by her parents, Hyrum and Nondis Greenhow, her husband, Wayne Smuin, sons; Earnie Smuin and Arnold Smuin; granddaughter, Dana White.

Agnes loved spending time with her family; she devoted her life to caring for them and being there for them.  She enjoyed doing embroidery, camping, hunting arrowheads, and hunting asparagus.  She enjoyed tinkering in her yard making sure her tulips were cared for and blooming.

Agnes was a member of Grace Baptist Church where she was baptized after receiving Jesus Christ as her Lord and Savior.

To order memorial trees or send flowers to the family in memory of Agnes Smuin, please visit our flower store.
Send a Sympathy Card