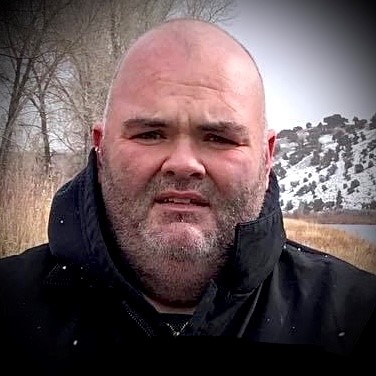 Aaron W. Pope of Vernal Utah returned home July 1, 2022 at age 44 surrounded by his loved ones. He is survived by his wife Stacey, his 3 children Cohen (Boy), Breanna (Hoowa), and Beckett (Wedgie or Joe). His Mom and Dad, 5 siblings, and 15 nieces and nephews.

Aaron served his Mission in Boise Idaho. When he returned from his mission, he attended BYU Idaho and attained his welding certificate. He worked in the oilfield for 20 years, 17 of which were with Halliburton.

Aaron was an avid sports player, Member of the Allstar baseball team, and he set the homerun record in Kenai, Alaska at the age of 12 and it has yet to be beat. At 16 he coached a little league Allstar team. Aaron also played football for the local high school as the punter and kicker. He had an amazing singing voice. He was able to tour Europe with his Highschool choir and sang a solo in the Sistine Chapel. Aaron had an innate ability to play the piano and played in such a way it would touch your soul.

Aaron had a PhD, or should we say Doctorate, in sarcasm. He could speak volumes with a look, had a deadly raise of the eyebrow, and if you were confused, you were the only one.

Aaron was well known for his creations… His kids knew to run (fast) from squirrel man and corona-man. His first love was his family! He also loved fishing, riding his motorcycles but especially the Harley his Dad gave him, keeping the yard green and pretty, spending quality time with his Dad, and baking up a storm. His breakfast rolls are legendary, his smoked pork butt is unbeatable, and he pretty much slayed anything else he decided to cook.

To know Aaron was to Love him. His strength, fight, and resolve are unsurpassed. The world lost a mountain of a man and we lost one of our brightest lights.

We celebrated his life on July 4, his favorite holiday, with our family. In Lieu of flowers the family has set up a GoFundMe account at www.gofundme.com/aaron-pope to help cover expenses.

To order memorial trees or send flowers to the family in memory of Aaron Wayne Pope, please visit our flower store.